New Zealand: Bringing the Tour to a Close

Watch the third video of our New Zealand tour featuring some spectacular scenes from the south island.

Our time in New Zealand is quickly coming to an end and while we are happy to be heading home soon, we will miss this little country with its verdant hills, lush rainforests, imposing mountain ranges, melodious birds, tiny towns and friendly locals. Along the West Coast Wilderness Trail

This has been a good trip for us and we've had our share of ups and downs (both literally and figuratively!).  It has been about a month since my last post, and since that time we have spent more time off the bikes than on them, taking some time to do some kayaking, hiking and sightseeing. 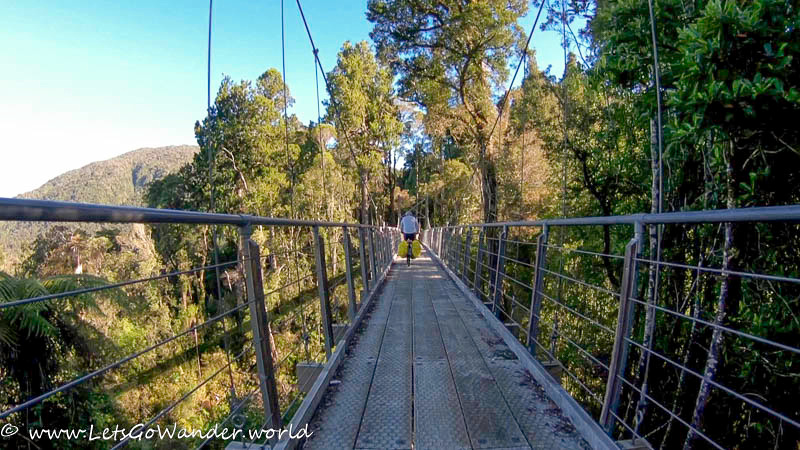 We ended up riding about 1500 miles (2500 km) in total which was a lot less than we had originally planned for this trip.  Although New Zealand is ideal for cycle touring in that it has tons of spectacular sights and scenery packed into a relatively small area, the roads and the traffic made the riding less than pleasant at times. 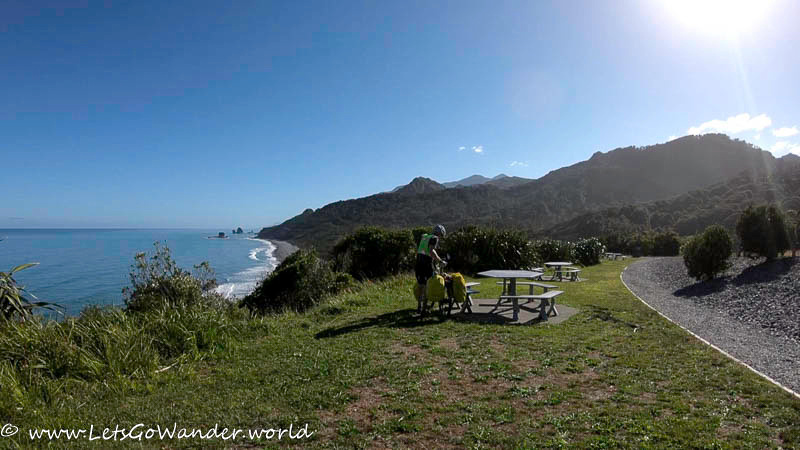 Along the coast near Punakaiki

A scenic rest stop along the west coast

There were places where we were able to take advantage of cycle trails or backroads which were a joy to ride on, but in other places, there are few (if any) alternative routes and so we would find ourselves on narrow roads with no shoulders and plenty of tour buses, logging trucks and camper vans.  So, there were several parts along our route where we decided to skip ahead by bus instead of playing Russian roulette on the roads.  There were certainly lots of cycle tourists that seemed completely unfazed by the roads and the traffic - I say good for them, but I'm not one of them.  I prefer to be able to enjoy the scenery rather than to spend every minute looking in my mirror to see what's coming up behind us next. 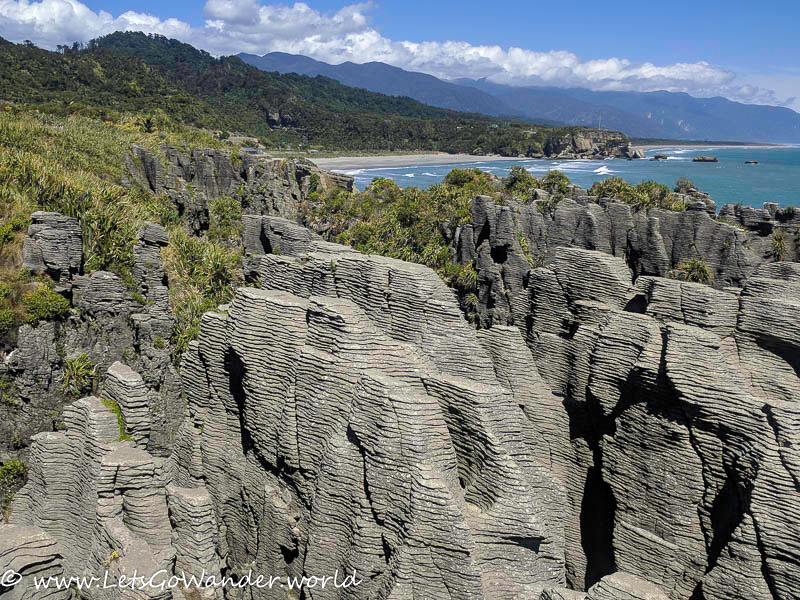 The last of the cycling that we did was up the west coast of the south island.  This is one of the more remote areas of the country with only one road through it but it's also one of the most popular areas to visit for tourists.  So once we reached Punakaiki, I declared to Barry that I was done riding my bike in New Zealand and luckily he agreed with me.  From there, we took a bus to Nelson, which we used as a base to explore Abel Tasman National Park - New Zealand's smallest national park, but arguably one of the most beautiful. 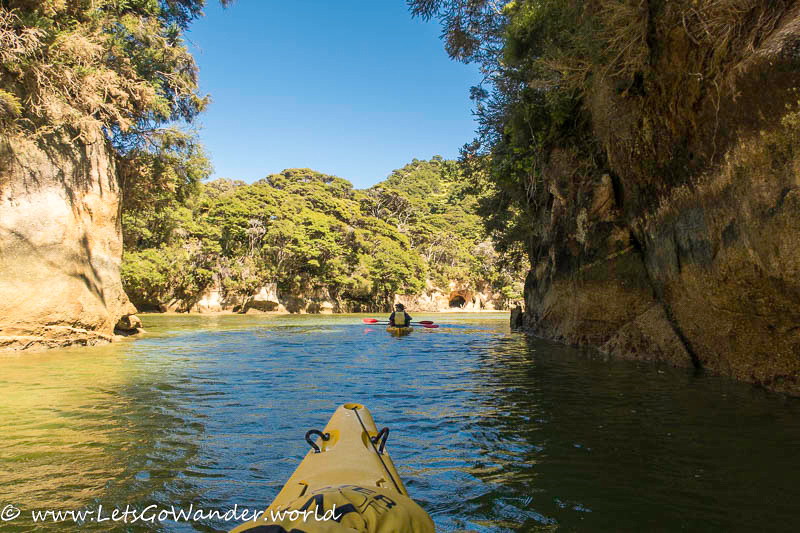 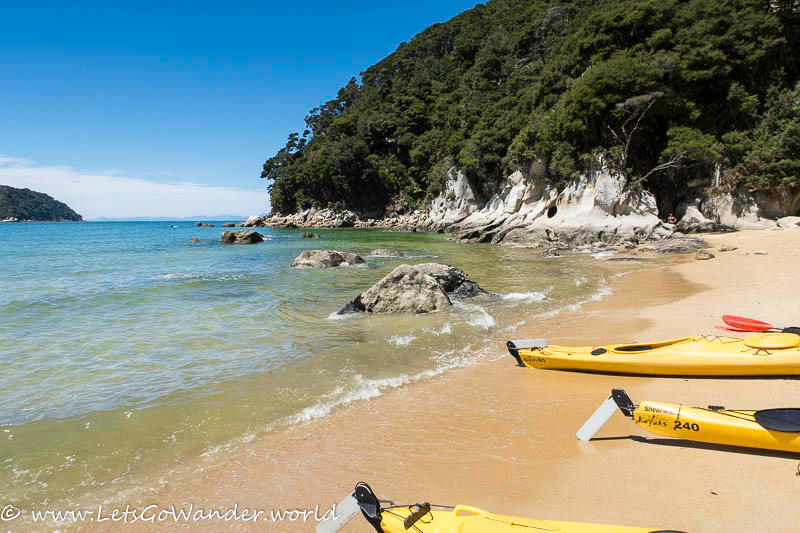 We had nice lunch prepared by our guide here

We spent one day kayaking in the most northern part of the park and then another 3 days hiking the 25-mile coastal track through the park, spending one night at an eco-lodge and another at a campground along the way.  The coastal track winds through native forests, offering occasional glimpses of beautiful coastal vistas along the way.  Here are a few pictures of our time in Abel Tasman, which was definitely a highlight of the trip. 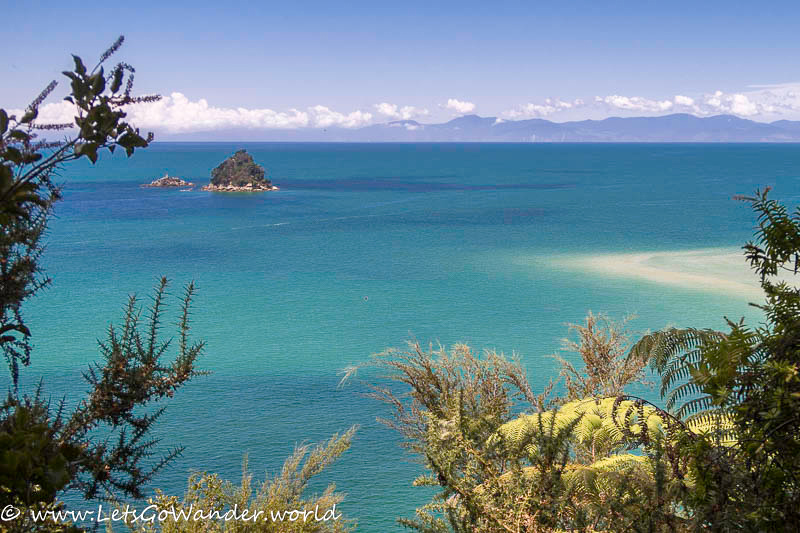 A beautiful view from a look out along the Coastal Track 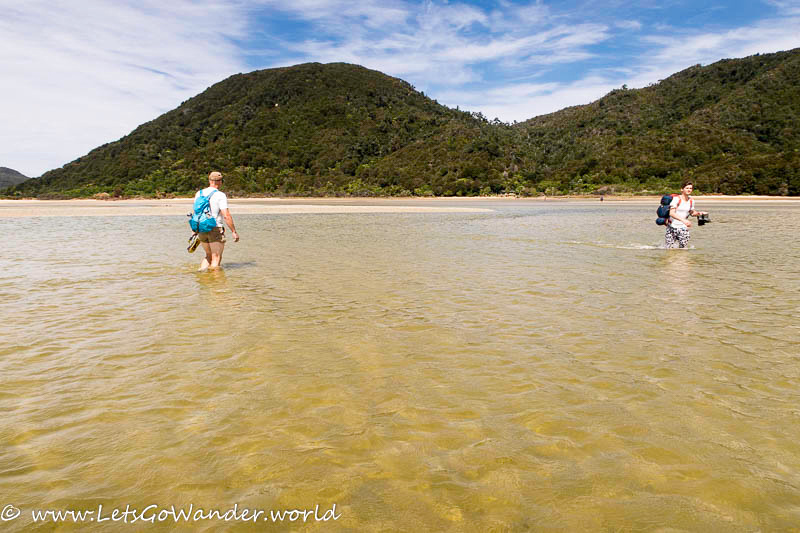 Barry wading across the Awaroa Inlet at low tide 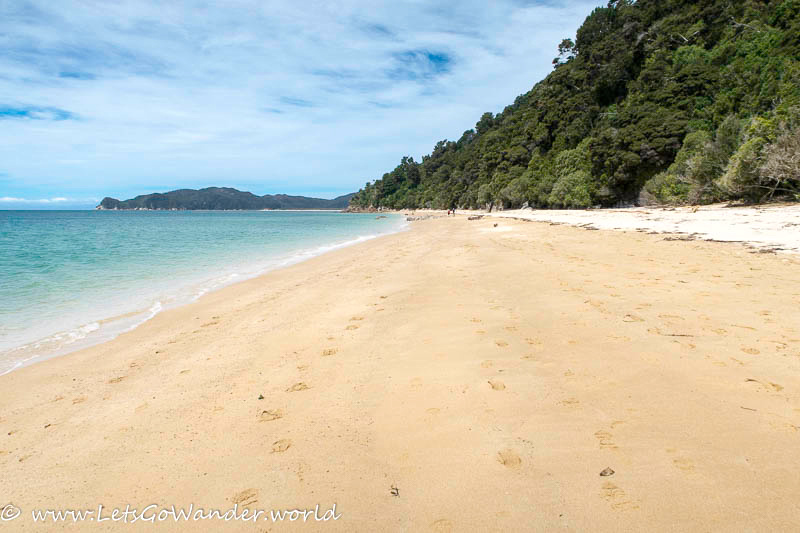 Hiking along a deserted beach on the Coastal Track 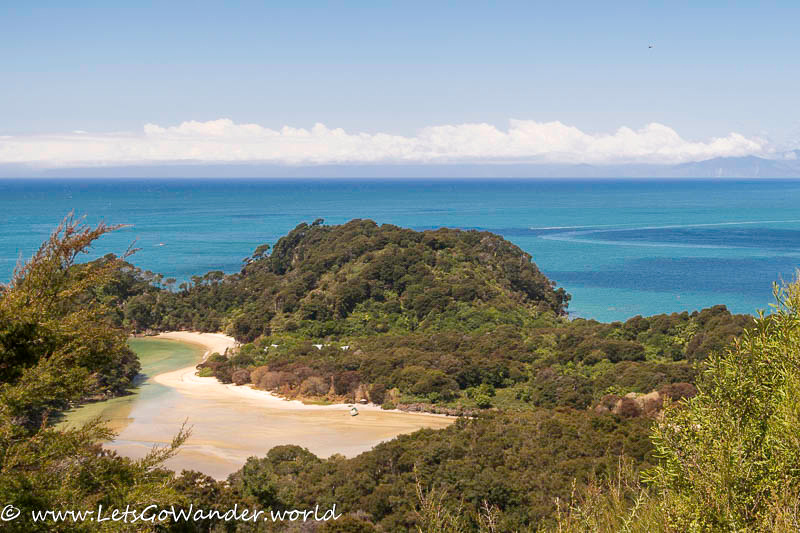 Another view from a lookout along the trail in Abel Tasman

After Nelson, we moved on to Picton where we waited out the second cyclone to hit the south island in 2 weeks (did I mention that New Zealand weather can be crazy at times?).  Picton is located in the Marlborough region and makes a great base for exploring both the Marlborough wineries (famous for their Sauvignon Blanc wines) and the beautiful Marlborough Sounds.  We signed up for a full-day wine tour with a bunch of rowdy Europeans which involved visiting 5-6 different wineries (who's counting anyway) and tasting 4-5 different wines at each winery.    It's funny, but I always thought that those bike/wine tours that they offer in Europe sounded like such fun, but now having done both bike touring and wine touring, I gotta say that the two can't possibly mix well. 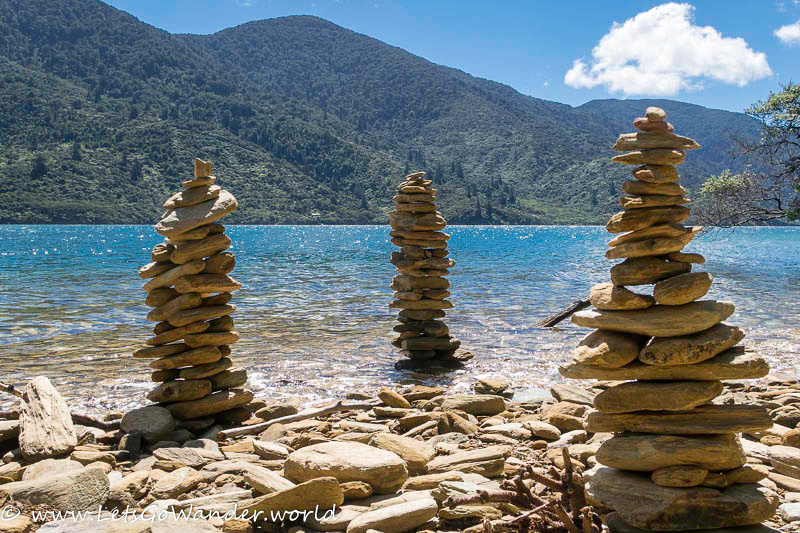 The next day, we hiked one of the more remote parts of the Queen Charlotte track which winds through the Marlborough Sounds by taking a water taxi out in the morning and back in the afternoon and with that adventure behind us, our time on the south island was complete and we headed back across the Cook Strait by ferry. 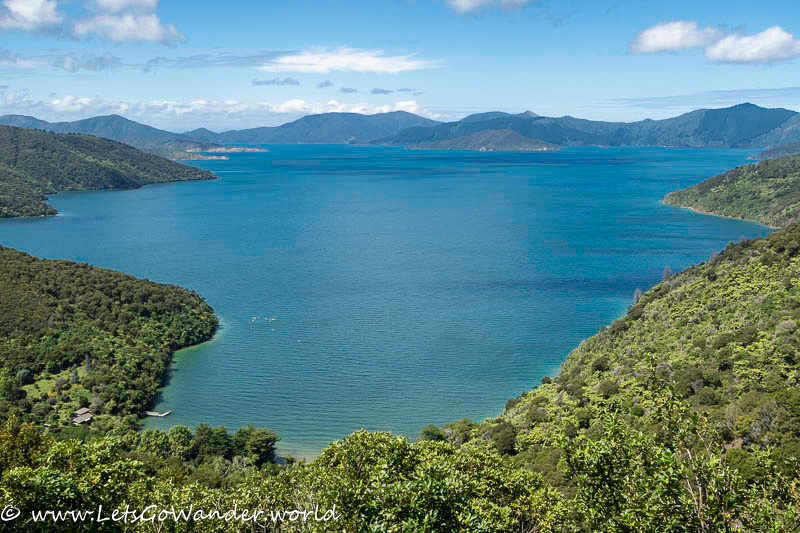 A view of the Marlborough Sounds from the Queen Charlotte track 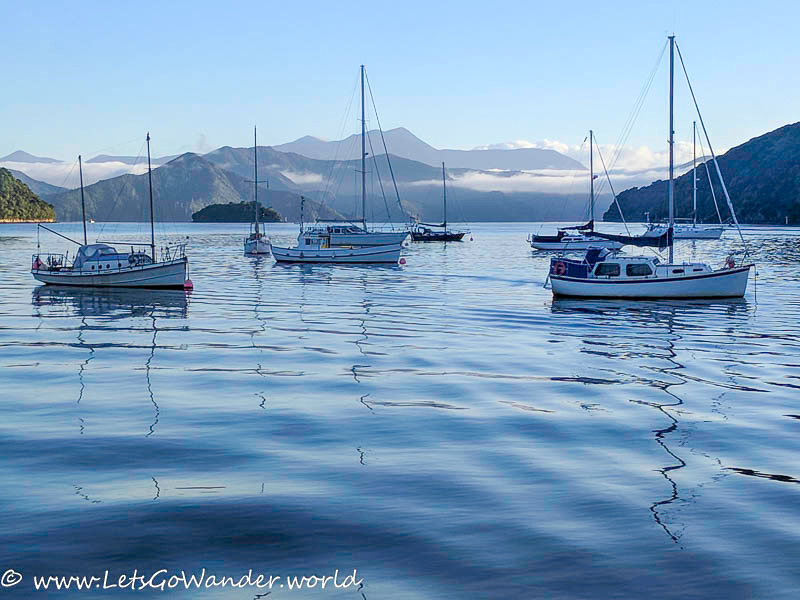 Sunrise at the Picton Harbor

Since arriving back on the north island, we have spent a couple of weeks driving around to some areas that we didn't visit previously including a trip all the way up to the north end of the island and a relaxing stay in Whangerei Heads.  We are now spending a week in Auckland before heading back home. 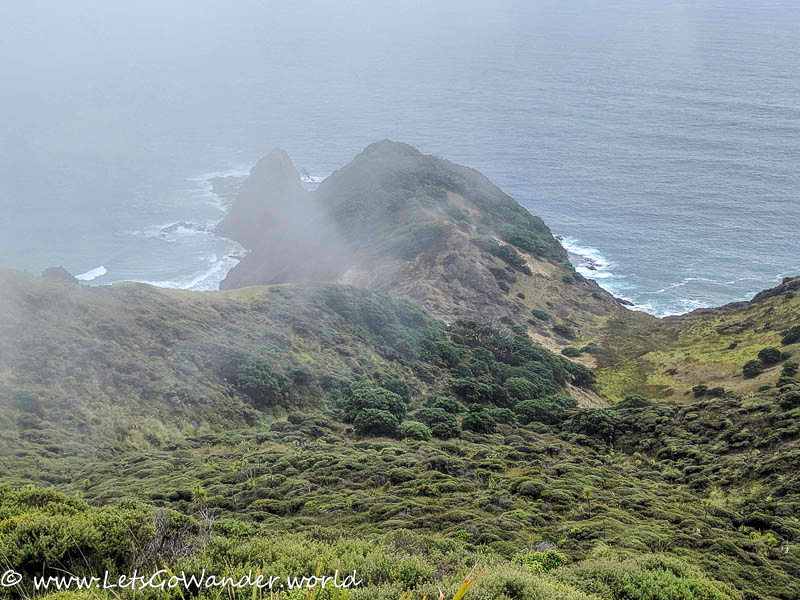 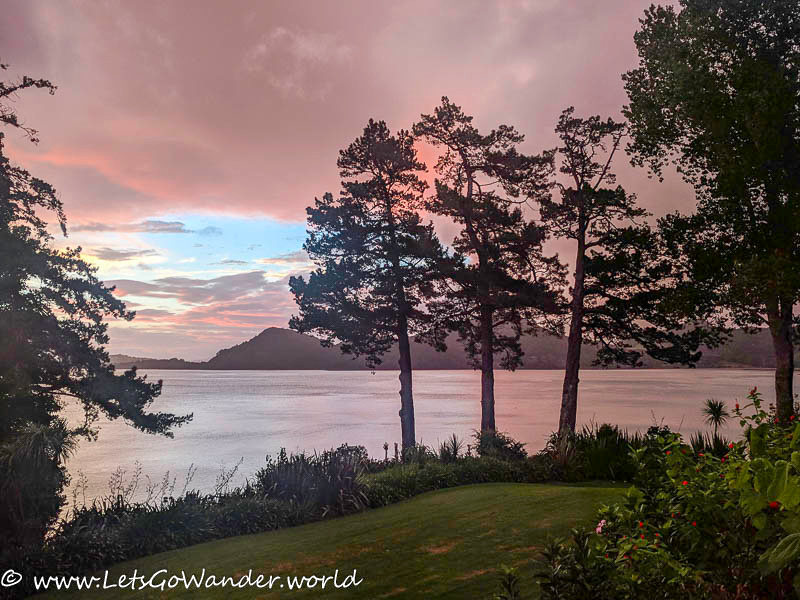 Sunset view from our AirBNB in Whangerei Heads

Sunset over the Whangerei Heads

I hope you have enjoyed following us through New Zealand.  If you are thinking of planning a trip to New Zealand, here are a few thoughts/tips for you to consider: