And Then it Rained… 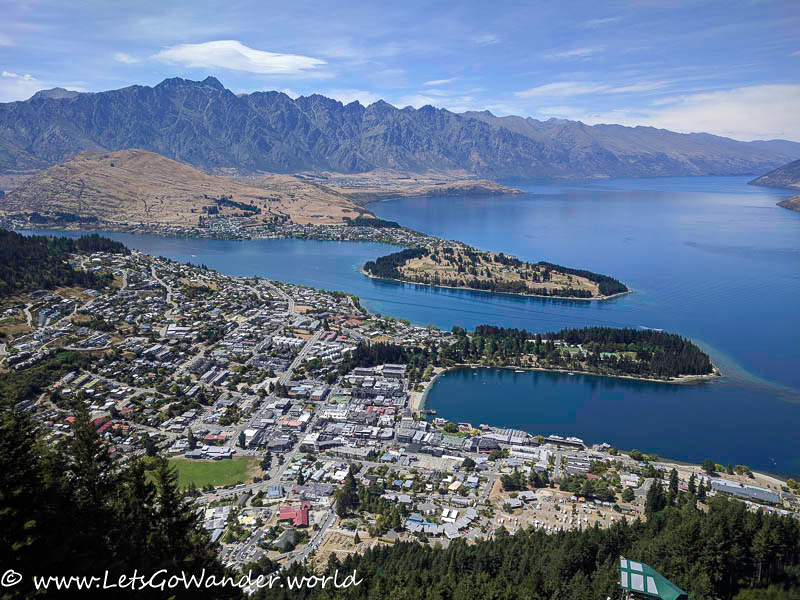 View of Queenstown from the top of the gondola

Many parts of the south island have been in a drought for many months.  Everything looks pretty parched and temperatures have been above normal as well.  After several sweltering days visiting Queenstown, Arrowtown and Wanaka, we decided to take a bus to the west coast. 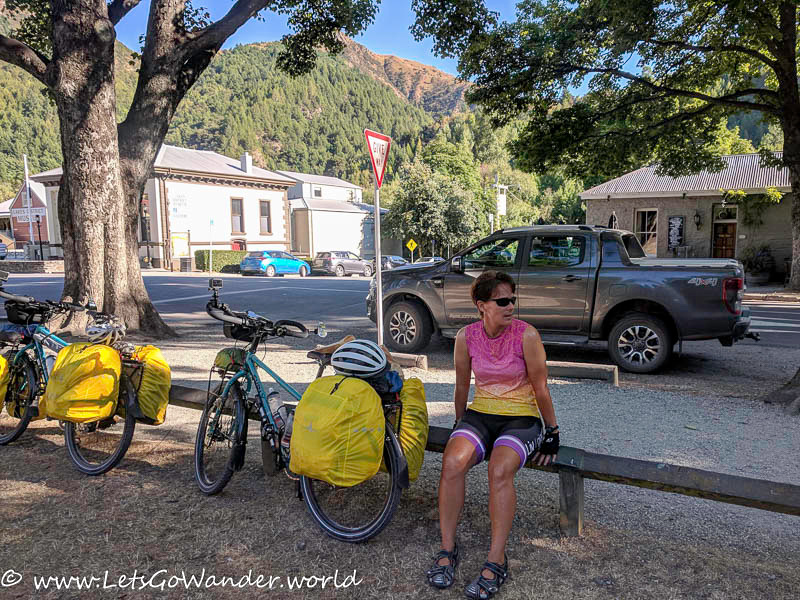 Taking a rest in Arrowtown

Taking a break in scenic Arrowtown

On the morning of our departure, remnants of a tropical cyclone in the Tasman Sea started moving over the south island and broke the streak of hot, dry weather. 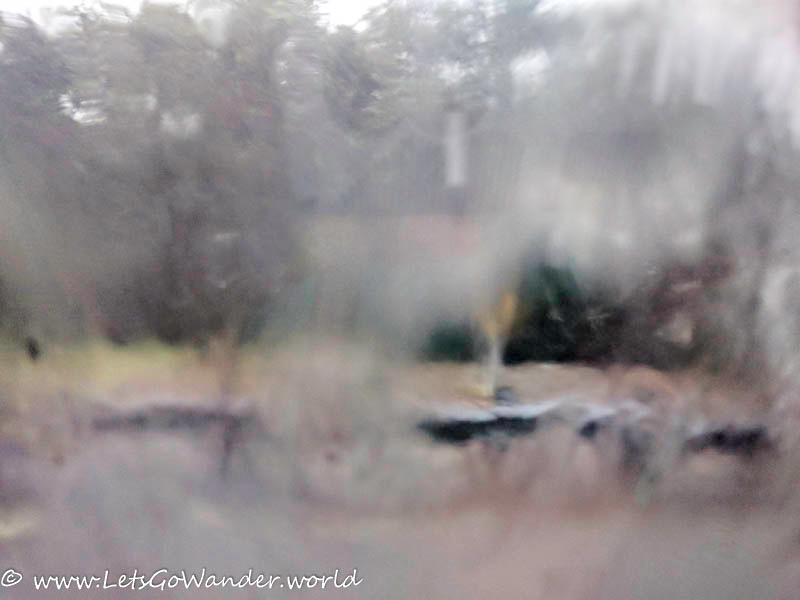 View out of the bus window during huge rainstorm

A view out the bus window – nothing but rain!

I imagine the bus ride would have been quite scenic if we could have seen anything outside the windows.  As we went, the rain picked up until we were driving through standing water with impromptu waterfalls cascading across the road.  When we arrived in the town of Haast, we were informed that the road was now closed in both directions. 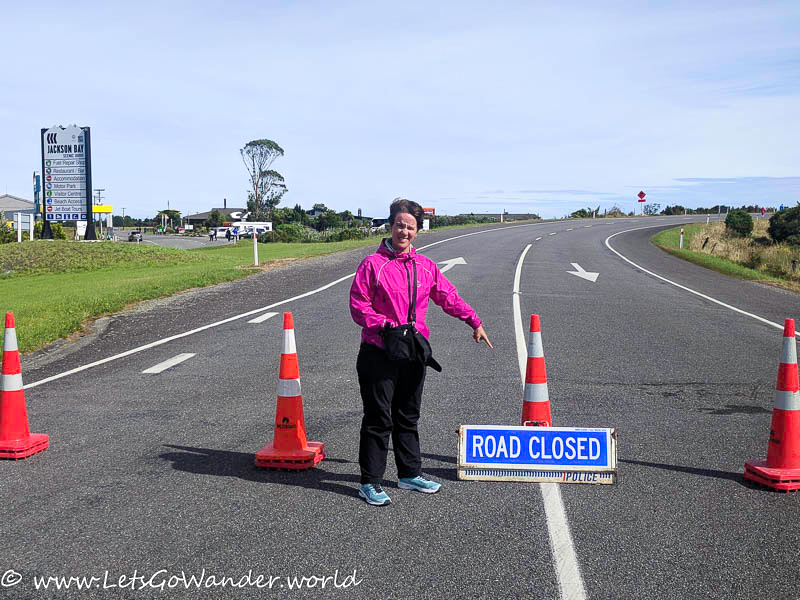 Stuck in Haast for two days

The west coast of the south island is quite remote.  There are many areas that remain virtually inaccessible.  State highway 6 is the only road that runs up and down the coast so when it is closed, communities are cut off.  Additionally, most of the area has no cell phone service.  After sitting on the bus for a few hours, it became apparent that we would be spending the night in Haast. 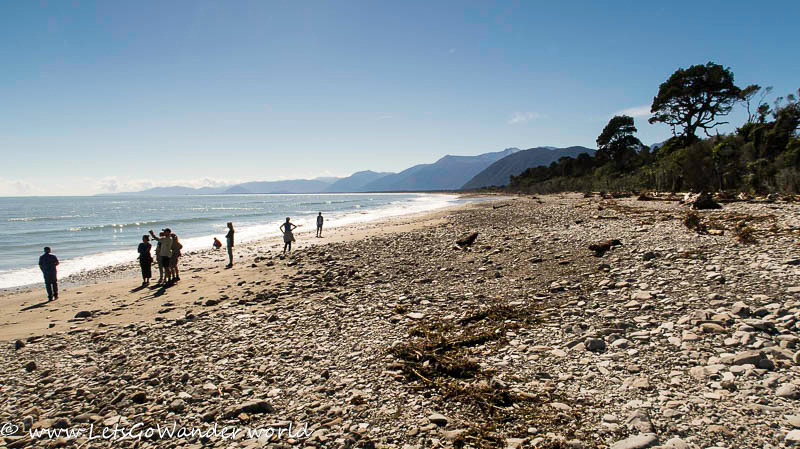 A field trip to the coast at Haast

A field trip to the coast near Haast

Haast calls itself a township, but I'd say that's a bit generous.  There is not much more than a gas station, a couple of motels, a pub, and a small store.  In addition to our bus, there were at least 5 other buses and a whole bunch of cars stranded in Haast, totaling about 700 people which is more than twice the normal population.  The motels were all full, so it looked like we would be sleeping on the bus.  Later in the evening, the rain had stopped and the weather had cleared some so Barry and I started scouting around for a place to pitch our tent which sounded like a better plan than sleeping on the bus. 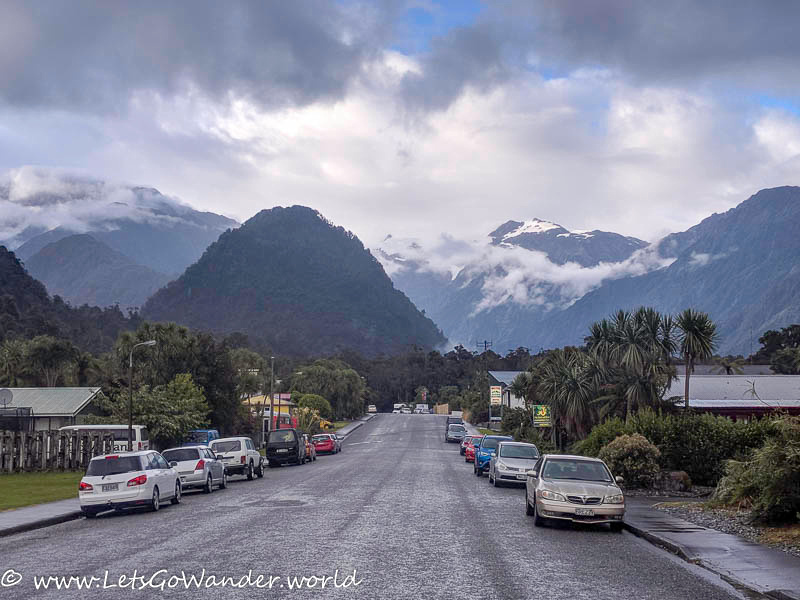 The town of Franz Josef after a rain

Just as we were getting ready to implement the tent plan, a woman pulled up in a truck offering one more cottage to rent on her farm.  She had already taken a few people from our bus with her earlier, and no one had taken her up on the last cottage so we jumped at the chance.  As it turned out, it was a good thing that we didn't set up our tent.  That night, the wind picked up and blew all night long up to speeds of 90 mph or more.  I'm pretty sure our tent would have ended up as a pile of nylon shreds.  As it was, I kept expecting the roof to blow off the cottage all night long.  An old church in the area was completely destroyed by the winds that night and road crews had many downed trees to clear in addition to the landslides that had closed the roads the day before. 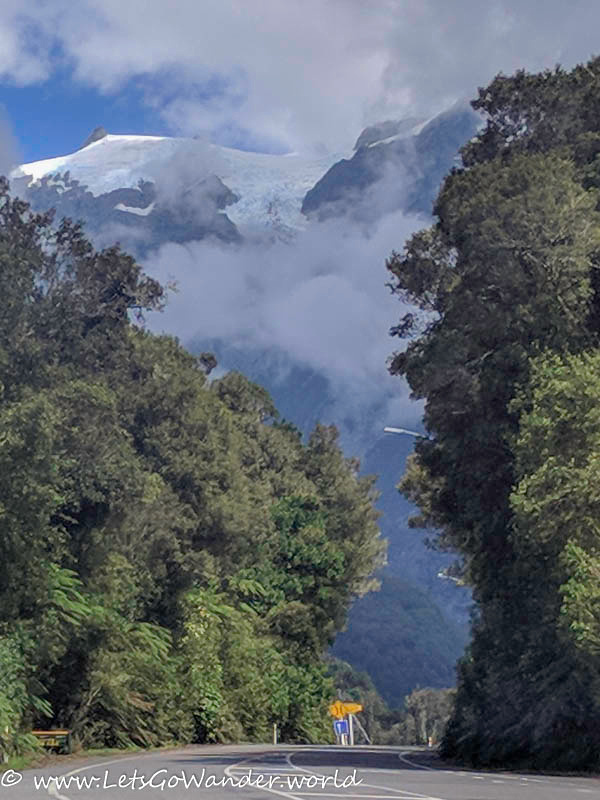 A view of Franz Josef glacier through the clouds

As it turned out, we ended up spending another night in Haast and finally were able to leave around noon on the third day.  We were pretty fortunate though - there were other towns along the west coast that were without power for several days and a group of drivers got stranded along a stretch of road between some downed trees and a landslide.  Also, the people of Haast were great hosts to their multitude of unexpected guests. 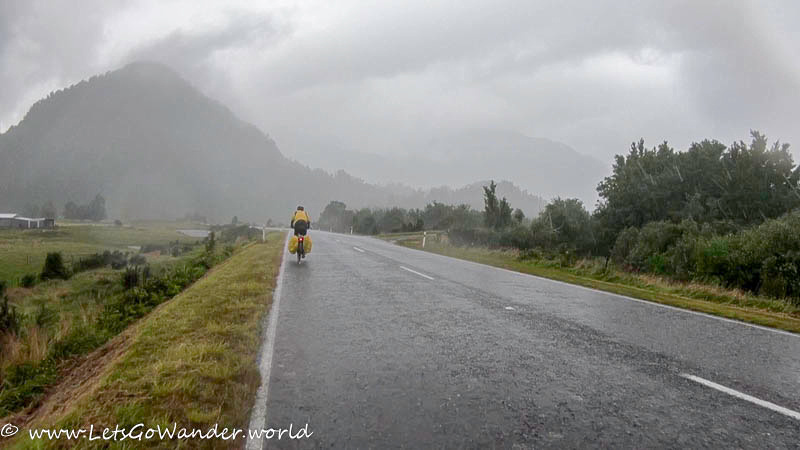 Rainy weather along our route 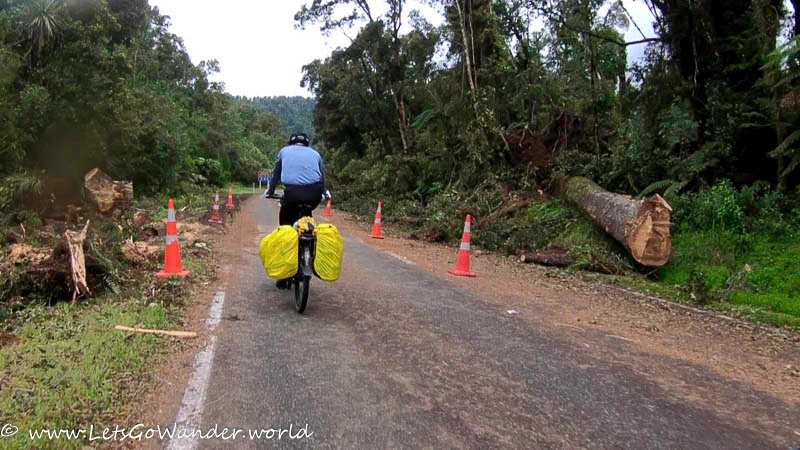 Crews are working on clearing trees from the road

Since then, we have been treated to plenty of rain along the west coast which is covered in temperate rain forest.  I realize now that when the forecast says “50% chance of rain,” it means that there is a 100% chance that it will rain 50% of the time. 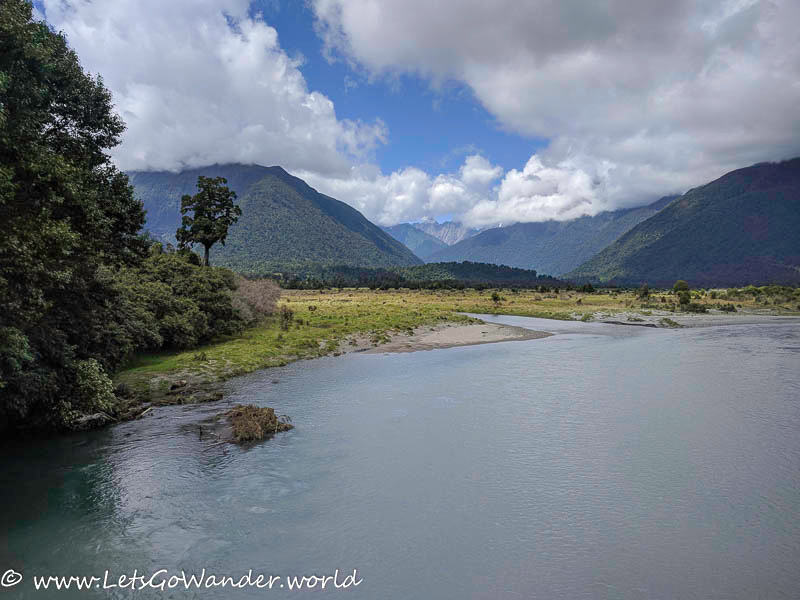 On the road to Franz Josef

Views along SH6 on the west coast

Next, we tackle the West Coast Wilderness trail before heading north towards the beautiful beaches of Abel Tasman National Park.

Michael McLaughlin
Looked through your photos in slide show format. Really gives an appreciation of how beautiful New Zealand is. Love traveling along!!
Dad(non-registered)
Wow your photo of the glacier is stunning Megan! Hope you are having a great time!!
No comments posted.
Loading...