Are You Ready For More?

It's been a while since I've posted anything here, and while I feel like maybe I should apologize for that, I'm guessing that you all have managed just fine without me.  Or maybe you didn't even notice that I'd been gone until just now.  I have started several posts which I didn't end up finishing, and since I started this blog for friends, family, and anyone else who might be interested, I figured I could take a break until I was feeling more inspired.  Which brings me to the real point of this particular post... 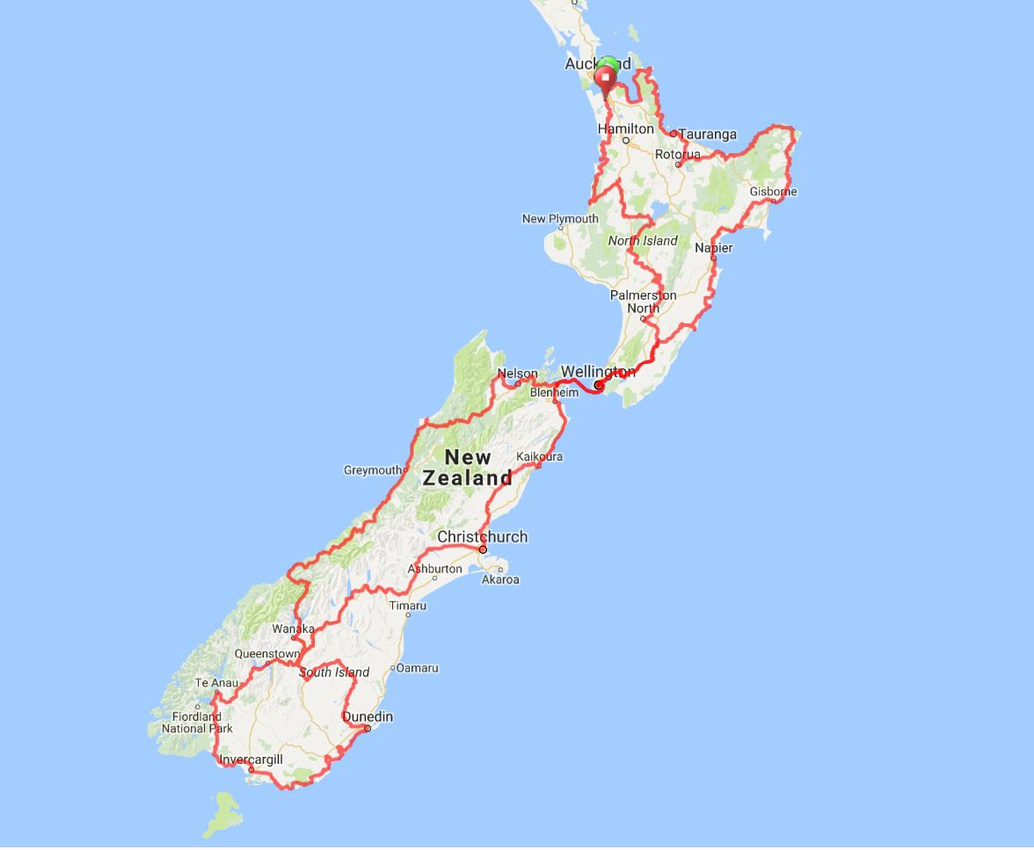 Our planned route in New Zealand

Barry and I are planning our next big bike tour!  In about 2 months, we will pack up our bikes and go to New Zealand where we will ride approximately 3100 miles over the course of 4 months.  I have never been to New Zealand although it's been on my "list" for some time.  Barry, on the other hand, has been to New Zealand many times both for work and pleasure.  He says, as do most people who have spent time there, that New Zealand is one of the most beautiful places to visit in the world.  Sounds good to me!

While we were in Mexico over the winter, Barry started to lay out out a route for us to follow.  Starting on the North Island in Auckland, we will head south along the eastern coasts of both islands all the way to Invercargill, before heading back up the western coasts of both islands back to Hamilton where we will catch a train back to Auckland.  While he was doing this, he kept dropping hints that we would need to train quite a bit more for this tour.  Well, given that we really didn't train THAT much for the Europe tour, I thought that was kind of obvious.  But when I finally got a hold of this route he had planned, I felt a tinge of fear creep into my gut.  What caught my eye was the elevation gains on each and every day - 160,000 feet (about 30 miles) of total elevation gain over the entire tour.  My legs hurt just thinking about it.

I'll let you in on a little secret...  I don't necessarily love to climb hills on my bike.  OK, I will admit that I enjoy the feeling of accomplishment after a good climb, but my, um, "physique" is more designed for flat or, better yet, downhill riding.  Barry, on the other hand, is built to climb - he's good at it and he enjoys it.  Hmmm...  I immediately started thinking of all the heavy stuff that I could put in Barry's panniers to slow him down.  The thing about hills is this... that's where the best views are. 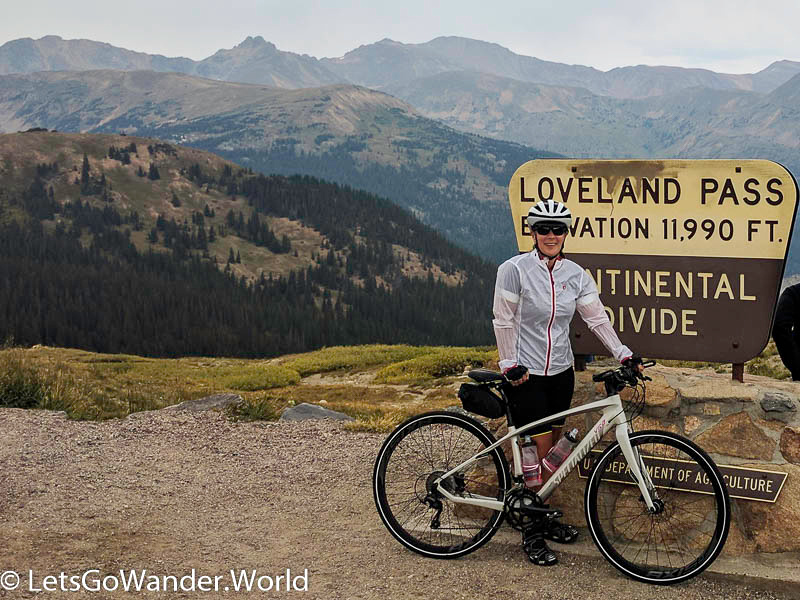 I can haul my butt up some big hills, then I have to take a picture for evidence.

I made some, ahh, adjustments to Barry's route to make it a little tiny bit more palatable for me.  Can we just say that we won't plan to ride more than 4000 feet (vertically) in one day unless we absolutely have to?  That seems reasonable to me. 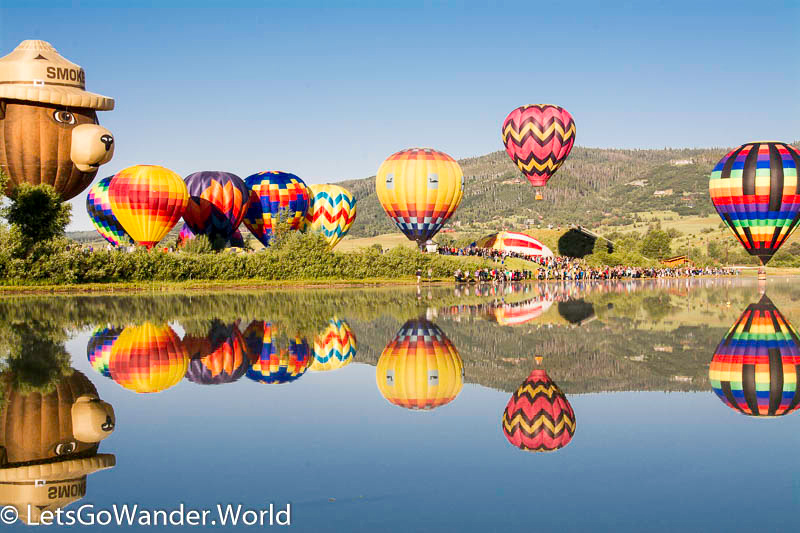 So, since my last blog post, we finished up our time in Mexico where we were overseeing a remodeling project on my parents' condo, drove back to Colorado stopping along the way for some sightseeing, went on a cruise to Alaska with my family for my parents' 50th wedding anniversary, and then started riding our bikes up here in the thin air of Summit county, Colorado (climbing lots of big hills).  I've also spent some time on my photography this summer (I've included a couple of my favorites pictures in this post).  We have a couple of trips planned before we take off for New Zealand as well as a mini bike tour in Colorado in early October assuming that we don't get snowed out like we did for our mini bike tour in Denver last year.  But before you know it we will be off on to New Zealand.  Everyone wants to know if we will be bringing Cisco to New Zealand, which sadly we won't be.  He will be staying at my parents, chasing bunnies every day which will make him very happy.  Although we will very much miss having him along with us, there are a bunch of factors that make this the best decision for him:  New Zealand has a quarantine for imported pets, the flight is quite long and involves a connection, and Cisco is just getting older.  Also, the difficult terrain also makes it a good decision for us as well. 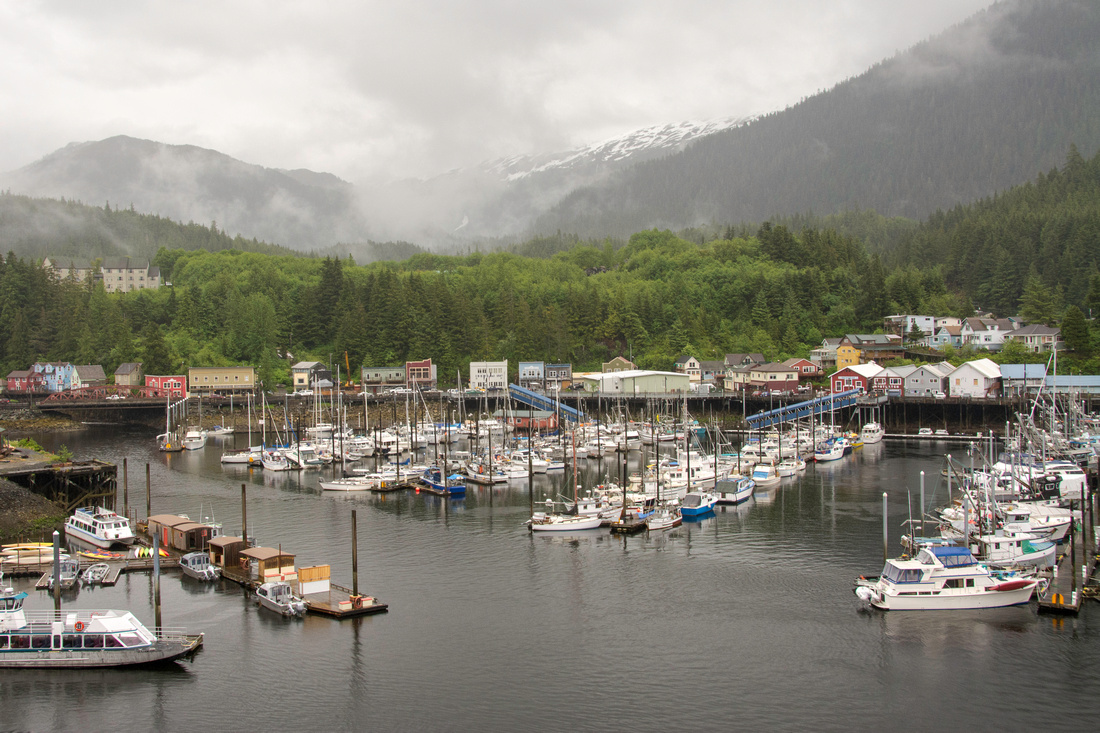 View of the Ketchikan harbor

Stay tuned for more updates coming your way.  In the meantime, if you have any favorite places to see or things to do in New Zealand, please let me know!  I'd love to hear from you.