It's been a little over 2 months since we arrived here in Cabo San Lucas.  In case you've never been, Los Cabos is the name of the municipality located on the tip of the Baja peninsula.  The two main cities within Los Cabos are Cabo San Lucas and San Jose del Cabo which are about 30 minutes apart by car.  The commercial airport is located in San Jose but most of the tourist "stuff" has traditionally been in Cabo San Lucas although that has started to change over the last several years, with lots of new hotels and resorts being built in San Jose. 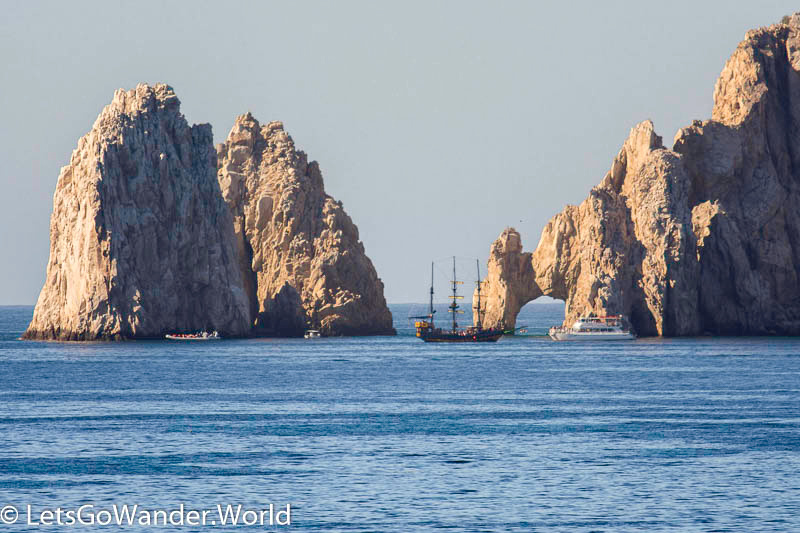 The Arch and Lands' End

I first came down to Cabo about 12 years ago with my dad when my parents purchased a condo here.  As a foreigner, purchasing property in Mexico within 50 kilometers of the coast or 100 kilometers of a border is a little complicated because Mexican law prohibits foreigners from owning property in these "restricted areas".  So, foreigners must set up a real estate trust with themselves as the beneficiary which holds title to the property.  As I recall, my role was to help my dad with any language issues in the transaction, although I was quickly out of my league with all of the legal documents in Spanish.  I'm sure I provided excellent moral support though.  I have been here a few times over the years, but this is the first time I have spent more than a few days, and I have to say that I like it a lot. 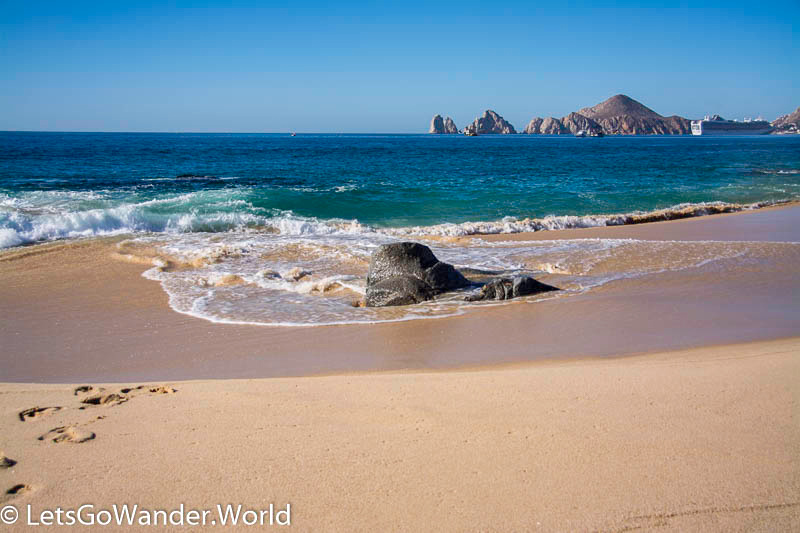 View of the Arch from Medano Beach

Cabo is an area of dry desert with stunning beaches interrupted only by rocky outcrops along the coast.  If I were to think back to what I would have envisioned Mexico to look like before I had ever been here or seen pictures, the natural environment of this area captures that mental image perfectly:  desert, sand, cacti, rocks and beaches.  It rarely rains here from November through May, but the area can get quite a lot of rain during the summer months.  In the winter, high temperatures are generally in the 70's and 80's with lows in the 60's.  Not much to complain about there. 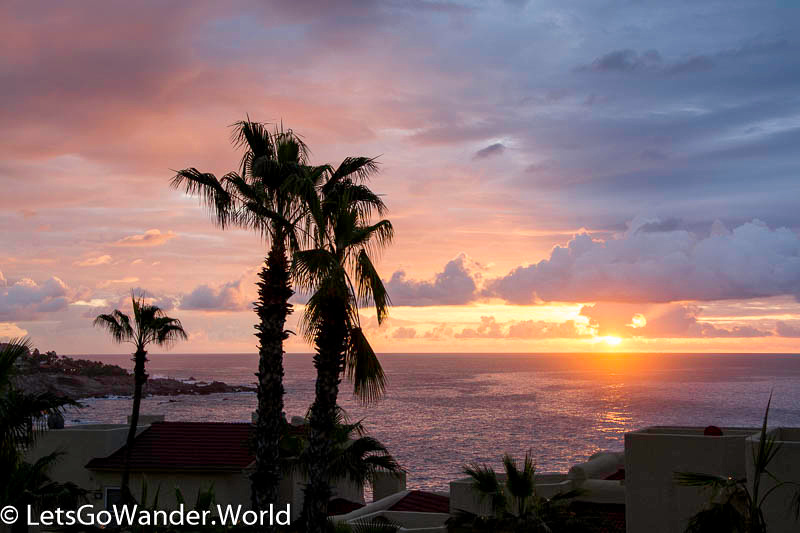 In the last couple of months, we have had a few opportunities to explore the area a bit, although not as much as I would have liked due to some car problems that have grounded us a bit.  Here are some highlights from the area:

Fox Canyon is located near a small town called Santiago located on the Tropic of Cancer.  Santiago is a cute little town in and of itself, but the most interesting thing about it is the (mostly) underground aquifer that creates this oasis in the middle of the desert.  You would never even know it’s there until you get up above town and look down into the valley. 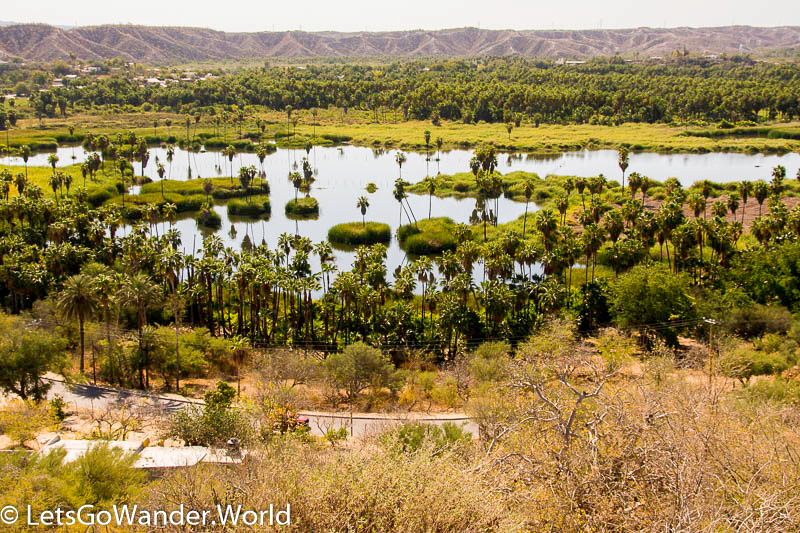 Santiago: Oasis in the Desert

Driving out of Santiago, the desert is beautiful with the Sierra Laguna mountains in the background.  The drive to Fox Canyon takes about 20 minutes on a well-maintained dirt road. 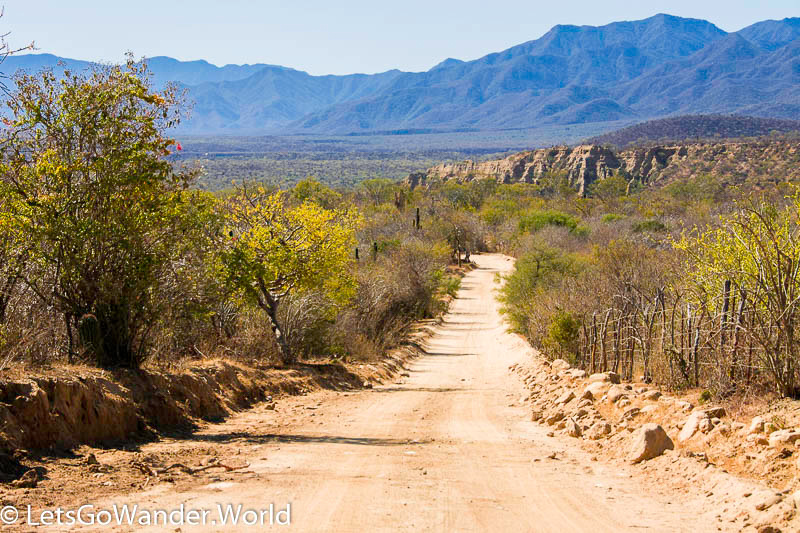 Once you arrive at the park, it is a short but steep hike down into the canyon.  Here you see an emerald pool among huge granite boulders with a waterfall that runs all year-round. 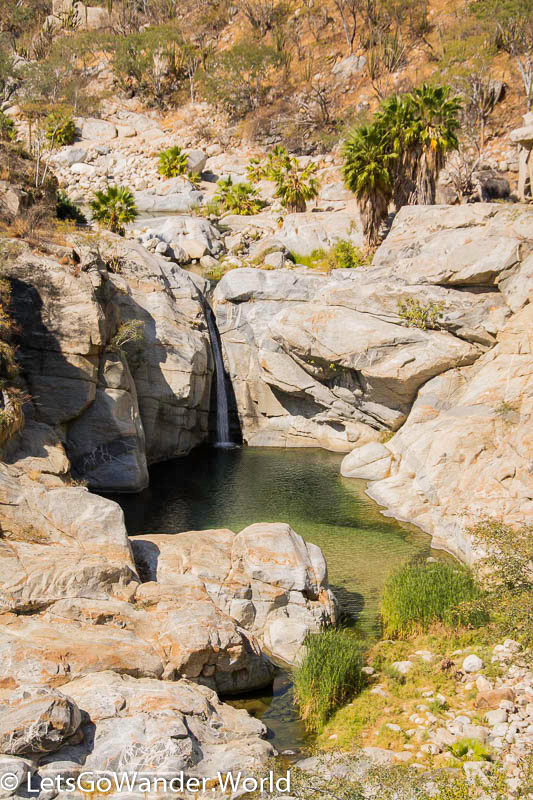 The water is cool and refreshing on a hot desert day, and this is the kind of place you could hang out for the better part of a day sunning on the large boulders and then going for an occasional dip in the pool. 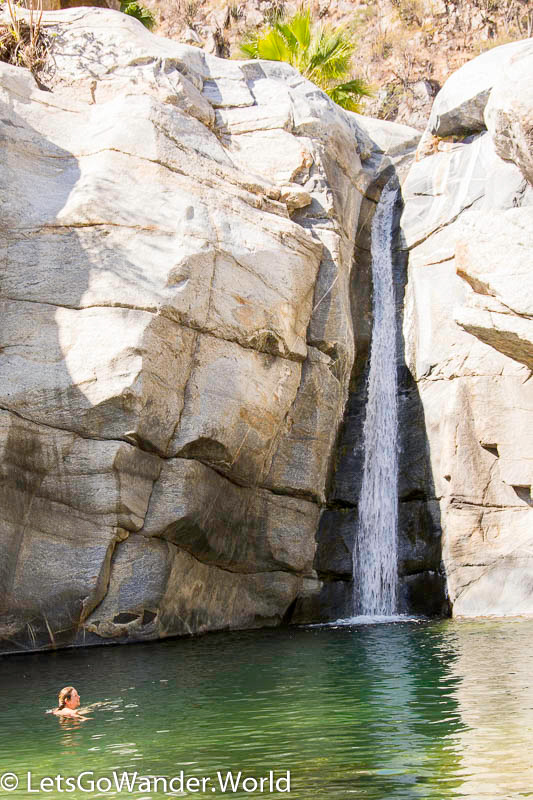 There were a few people there when we visited, but someone camping in the area told us that it was a “busy” day and there had been virtually no one earlier in the week.

With some friends in town, we decided to try out dune buggying, which is one of those activities we probably wouldn’t have tried on our own but turned out to be great fun. 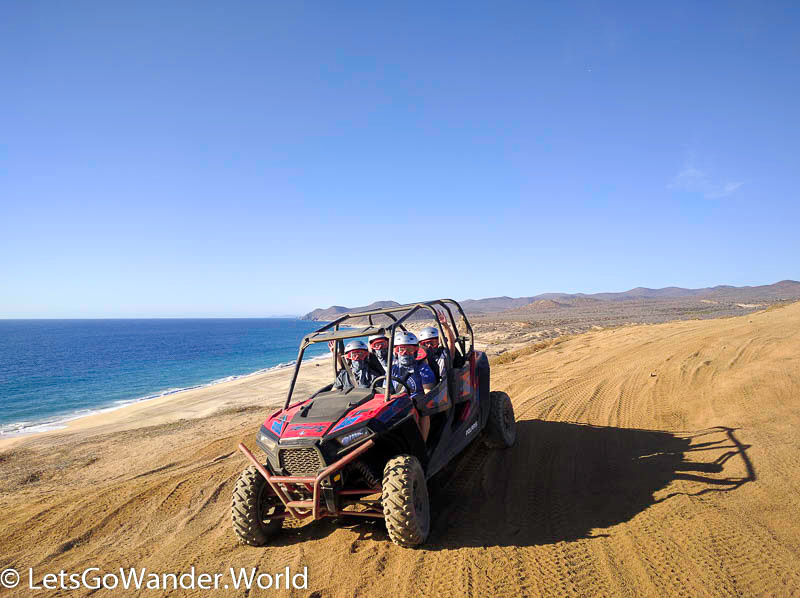 There is a park with miles of roads through the desert as well as miles of beach frontage where you can bounce along, spraying sand as you go and watching whales jump out in the ocean while you’re at it. 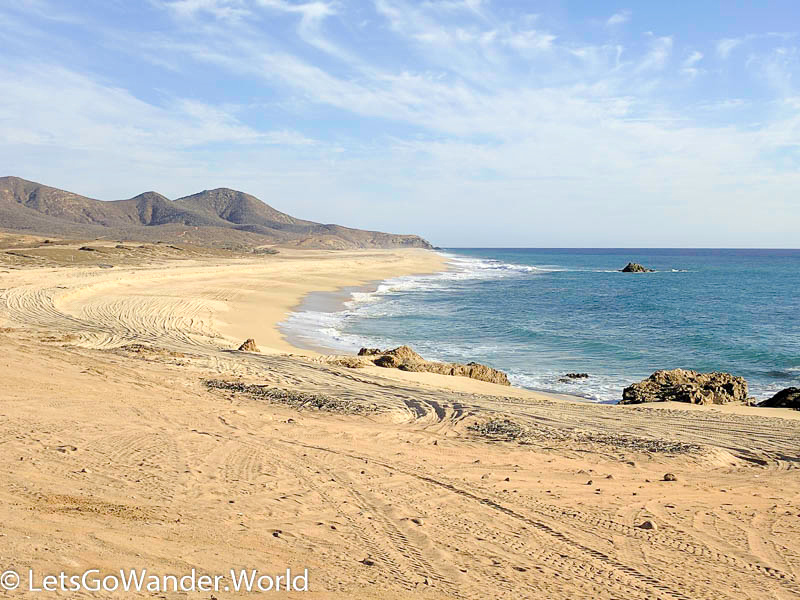 There aren’t too many places in the world where you can see a beach this beautiful with absolutely no one on it.

Land’s End is the name of the rocky formations that are famously visible from the beach in Cabo San Lucas.  While our friends were in town, we decided to rent kayaks and paddle out to Land’s End.  There is a colony of sea lions that hang out on the rocks out there.  Sometimes some of them will follow the fishing boats into the marina hoping to get some left over fish snacks.  We even saw one of them coaxed into jumping onto the rear platform of a boat while it was moving. 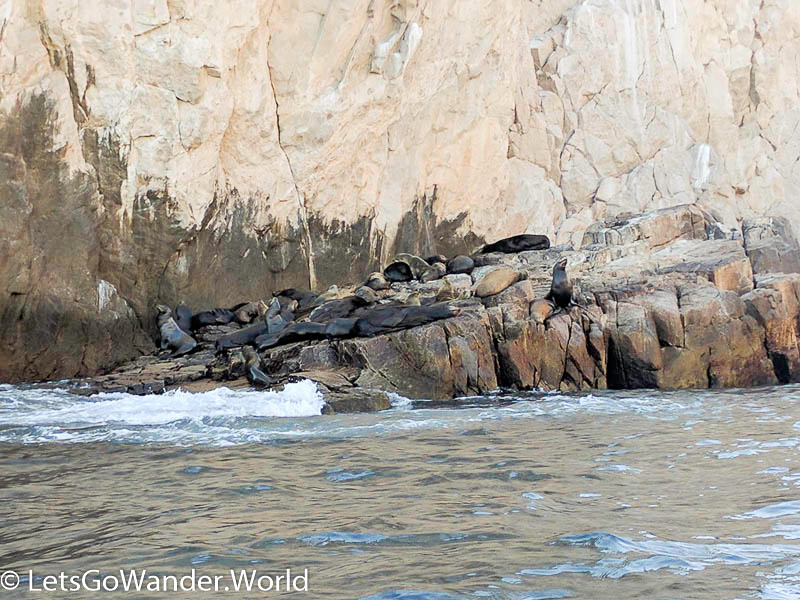 Sea lion colony near the arch 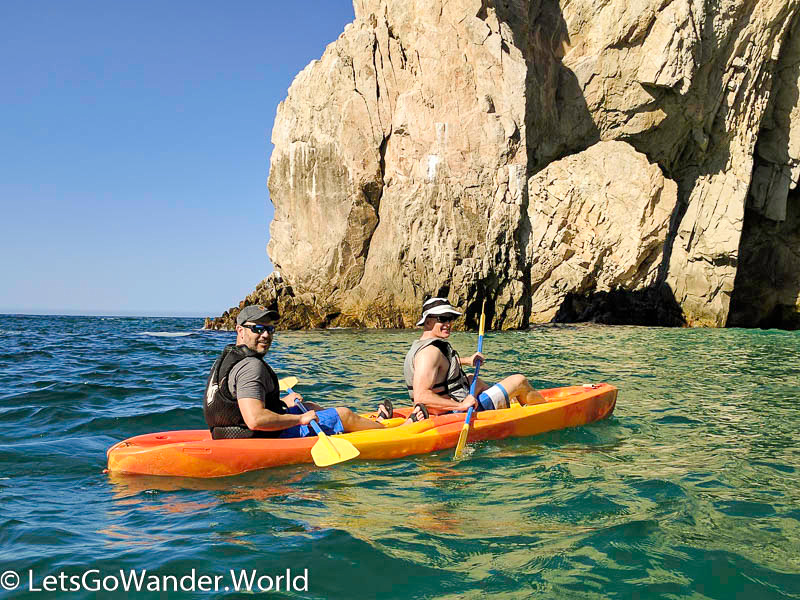 Kayaking with Steve and Jorge

I wanted to keep going further up the Pacific side, but luckily for us all, sound reasoning kept us safely upright in our kayaks on the side of the Sea of Cortez. 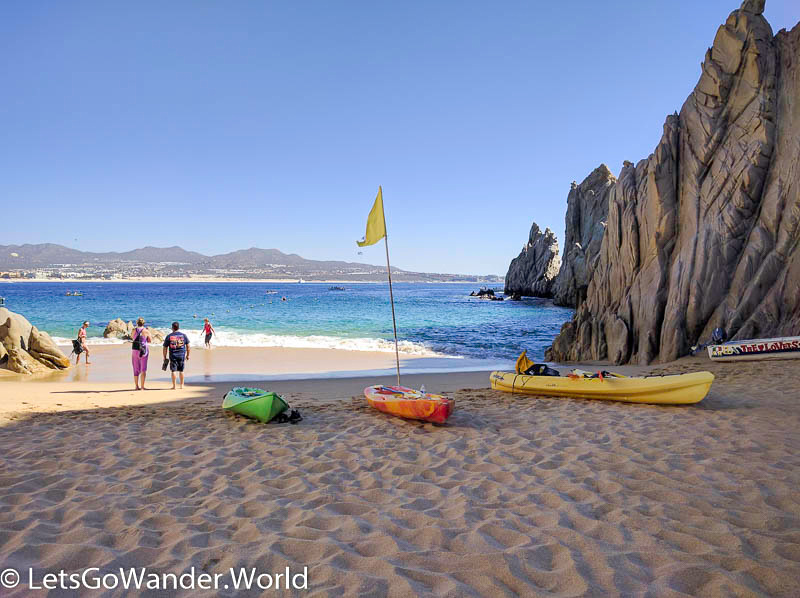 There are a few beaches that are only accessible by boat out at Land’s End.  Lover’s Beach is a beautiful little beach on the Sea of Cortez side.  Despite it’s relatively calm water, the dismount from the kayak is still a little tricky, but at least the audience was small in the morning when we were there. 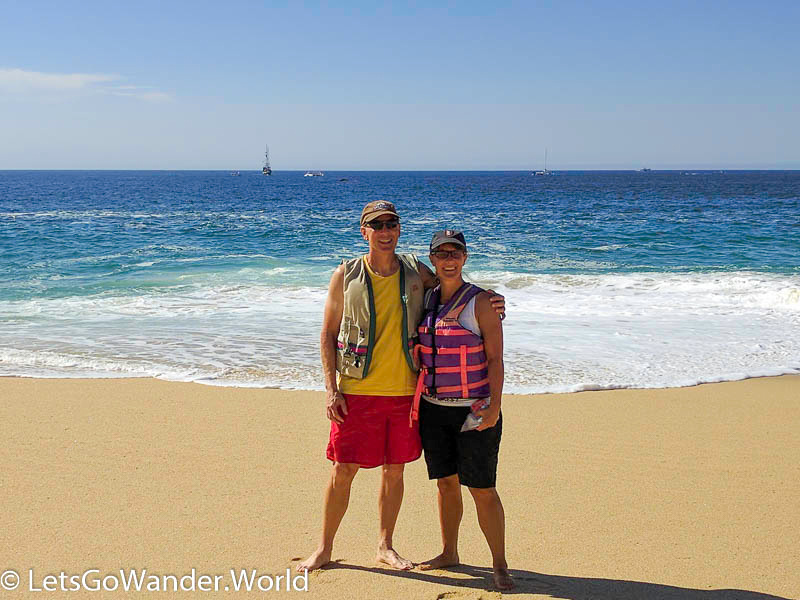 Barry and I on Divorced Beach

From Lover’s Beach, you can walk over to the beach on the Pacific side called Divorced Beach.  I’m not sure why it’s called that, but perhaps it has something to do with the fates of couples that attempt to land their two-person kayaks there instead.

One of the first things I did here was to sign up for a cooking class which ended up being more of a cooking “event” and group lunch.  There were a bunch of Canadians, a few people from the US and even someone from Poland – some were in town for a short vacation while others lived in the area at least part of the year. 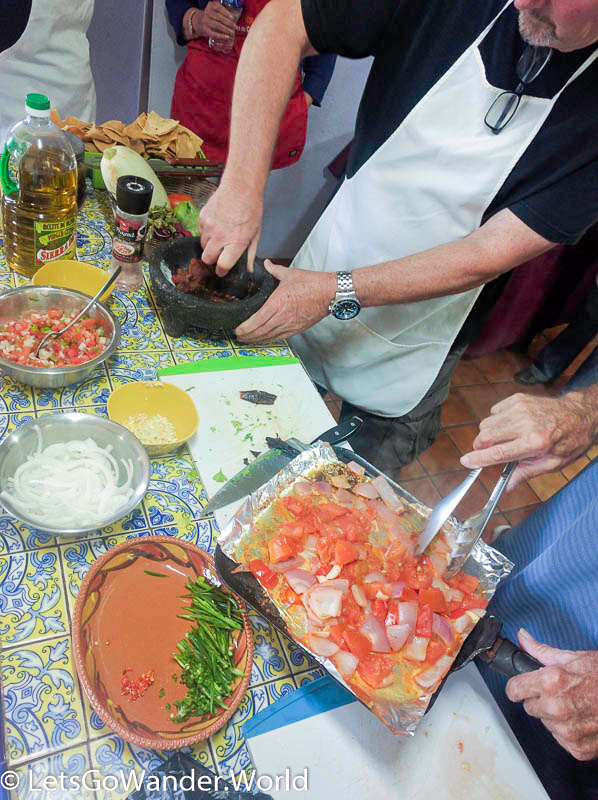 We made fish wrapped in parchment paper with fresh vegetables, 2 types of salsa, and strips of roasted poblano peppers in a cream sauce. 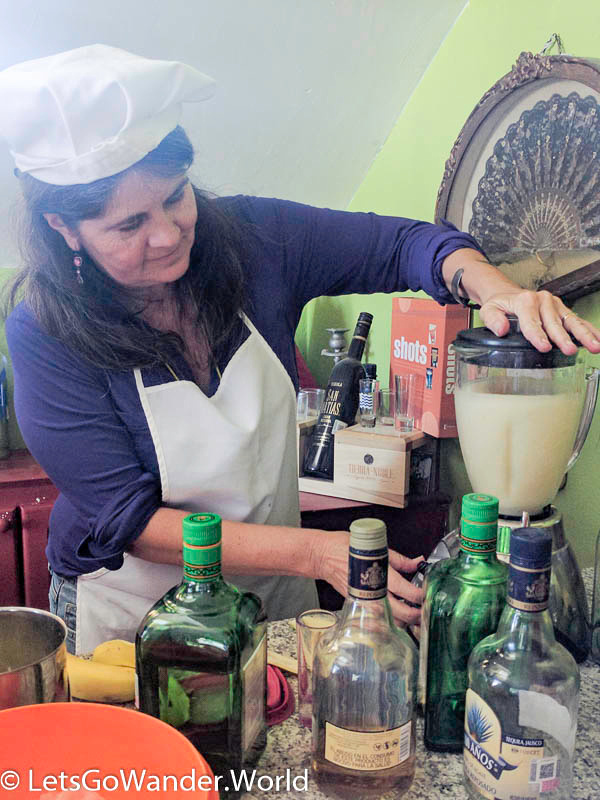 It turned out to be a great opportunity to meet some people, learn how to make banana margaritas and then sip on them while eating delicious food.  I also got some useful tips on good restaurants, where to buy fresh fish, and where to find a good dentist – all of which have since come in handy. 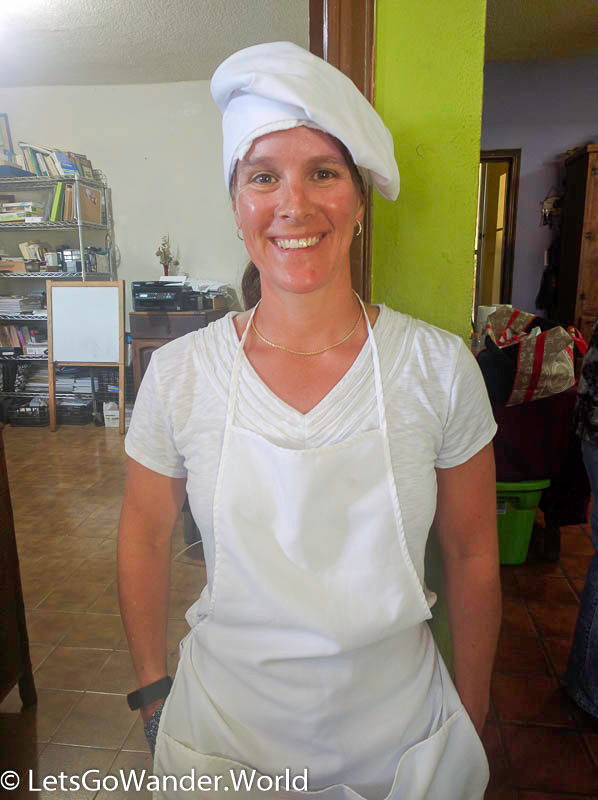 We plan to be here until sometime in May when we will make the drive back to Colorado.  In the meantime, we are actually doing something that could be loosely construed as work down here and I'll have an update on that as well 😊.

P.S.  Cisco turned 11 a few weeks ago.  Check out this video I made for him to relive his fantastic adventures over the last year.