Since arriving on the south island by ferry, we made our way down to Kaikoura by bus in order to avoid riding on State Highway 1 which is still under construction after being closed for over a year following an earthquake in November 2016.  From Kaikoura, we made our way down to Christchurch via the scenic Inland Road over the course of a few days. 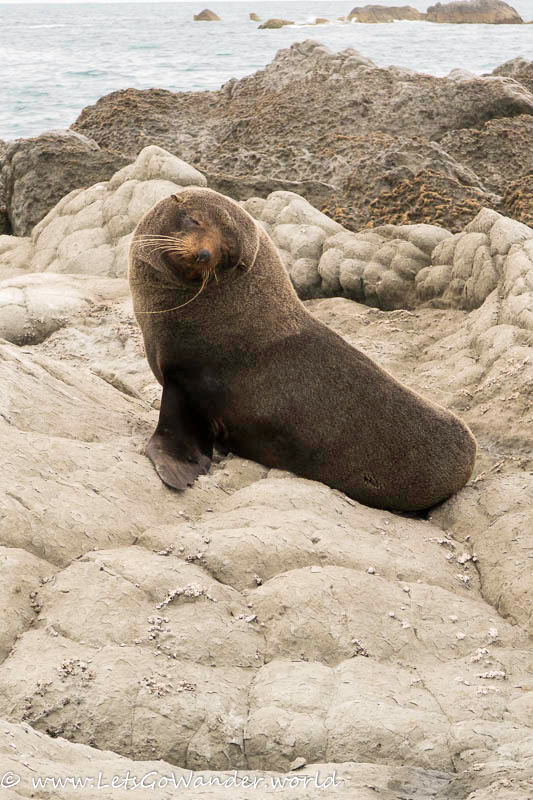 One of the main attractions in Kaikoura is the seal colony

We rolled into Christchurch on Christmas eve just in time to get to the store to stock up on some food since most everything would be closed the next day.  Christmas day was sunny and hot, which for me felt distinctly NOT like Christmas but pleasant all the same. 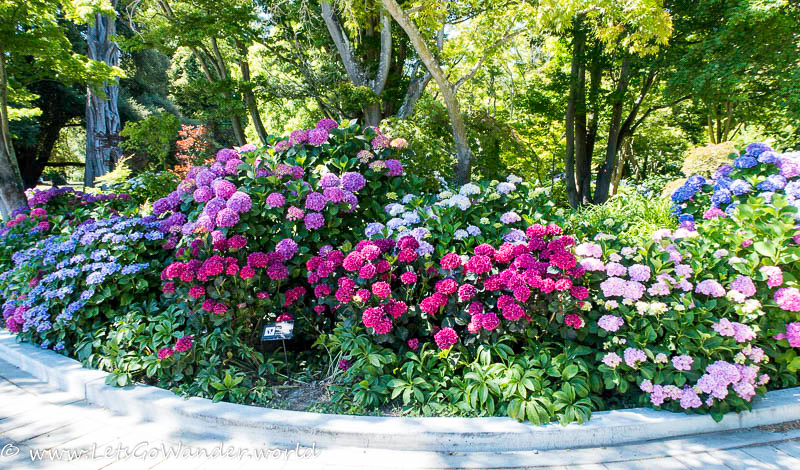 Hydrangeas at the Christchurch Botanic Gardens

We spent the morning walking around Hagley Park, the Christchurch Botanic Gardens, and the city center.  The city was quiet with very little traffic and just a few tourists wandering around.  In other words, it was perfect (for me anyway). 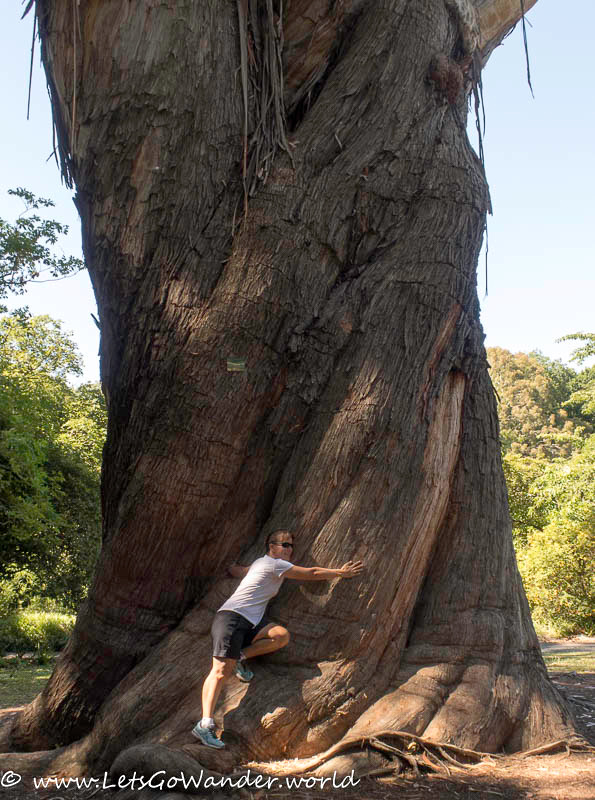 One of many enormous trees in the botanic gardens

Maybe you remember when a 7.1 magnitude earthquake that struck near Christchurch back in September 2010.  That quake caused some damage to the city, but there were no deaths.  Then on February 22, 2011 a 6.8 magnitude earthquake hit Christchurch which was actually an aftershock of the September quake.  It is a day that has been seared into the memories of those living in Christchurch at the time.  Due to the closeness of the epicenter to the city and the relatively shallow depth of 5 km, it was a devastating quake for the city.  185 people died, mostly in two major building collapses, and there was extensive damage to buildings throughout the city, as well as the water, sewer and electrical utilities. 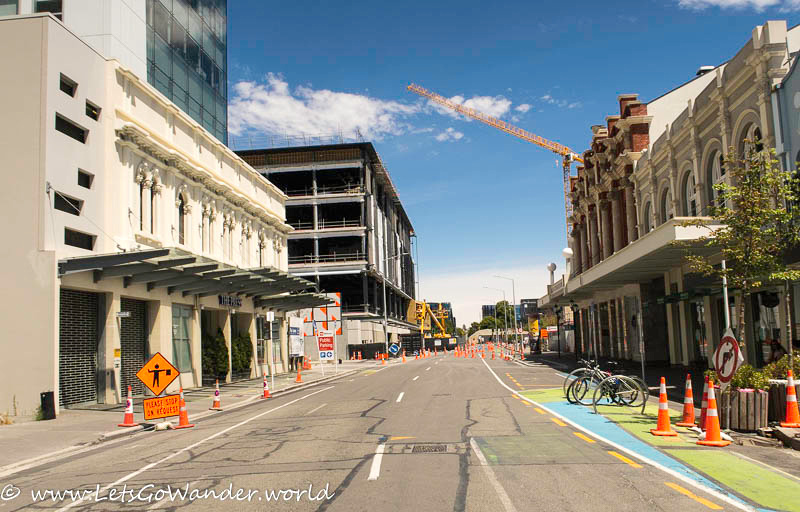 Ongoing construction in the city center

Ongoing construction in the city center

As the subject of Christchurch has come up with Kiwi's during our travels, we've heard people say things like, "it's just sad..." and "Christchurch has lost its soul."  I had never visited the city previously, so I didn't have any preconceived ideas about what the city should look like. 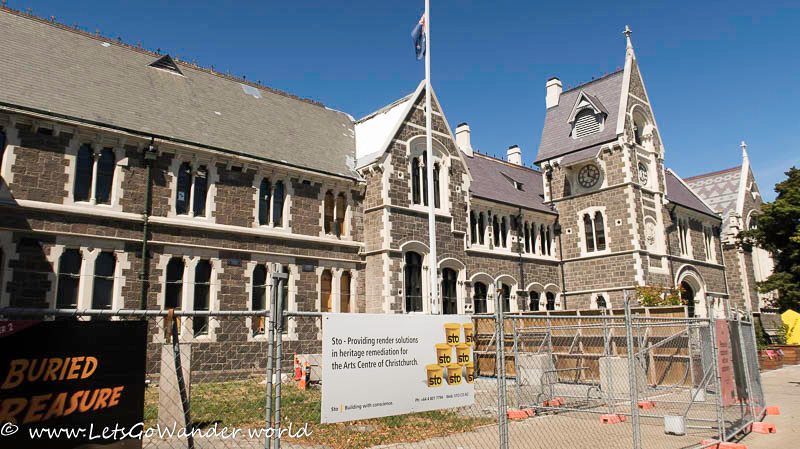 A historic building in the midst of restoration

A historic building in the midst of restoration

Barry used to travel to Christchurch regularly for business, both before and after the quake.  However, in his visits after the quake, the center city where much of the most visible damage occurred had been fenced off and was inaccessible to the public.  On each subsequent visit, the fences were slowly moved inward as buildings were either repaired or demolished but he never got to see most of city center prior to our visit. 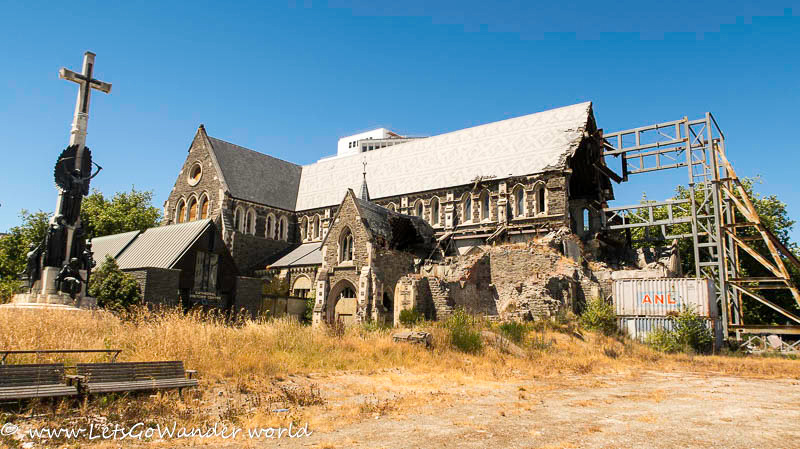 The damaged remains of the Christchurch Cathedral

The damaged remains of the Christchurch Cathedral

On this visit, it was difficult for him to orient himself to previous landmarks that he was familiar with because the city looks so different today.  The most visible symbol of the earthquake is the old cathedral which has stood in the center of Christchurch since the late 1800s.  It was heavily damaged in the 2011 earthquake and has been propped up since while the city and the Anglican church decided whether it should be demolished or restored.  Recently, it was finally decided that the church would be restored, but in the meantime the structure has been overtaken by grass, shrubs and pigeons. 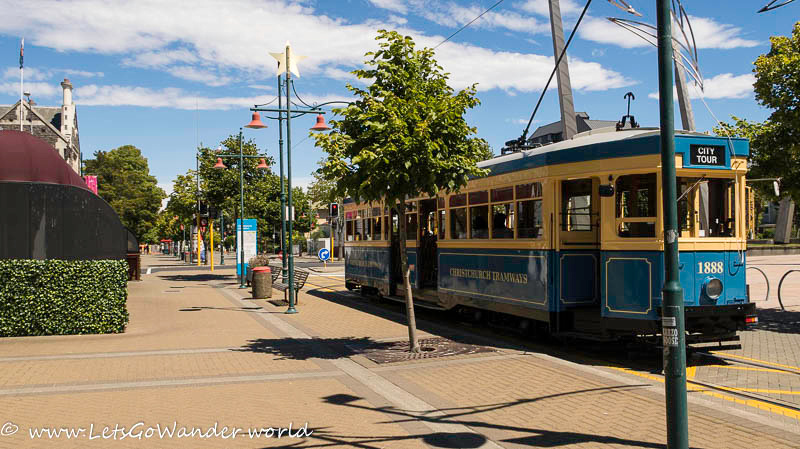 One of the trams that take passengers around the city center

One of the trams that take passengers around the city center

As we walked around the city, the most obvious thing was how visually open everything was.  There are huge expanses of empty land where buildings once stood.  Many buildings are obviously newly built, others are in progress, and still others are abandoned and waiting to be torn down.  I can certainly imagine that if you had a special connection to the city, it would be very difficult to visit it now. 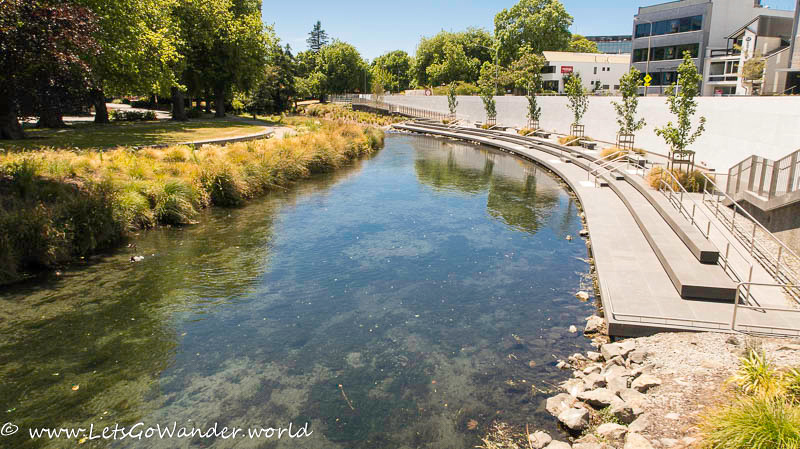 I can see that the difference between "before" and after" would be both stunning and devastating for people that lived here.  About 10,000 homes and buildings had to be demolished after the earthquake.  There are many neighborhoods around the city that had to be razed when soil became unstable following the earthquakes of 2010 and 2011.  But, even though Christchurch will never be the same city that it once was, it is still a beautiful city with Hagley Park with its enormous trees as well as the green area along the river that snakes through the city.  It will be interesting to see how Christchurch reinvents itself over the next decade or so.  Things are certainly coming back to life in the city and no doubt this trend will continue for many years to come. 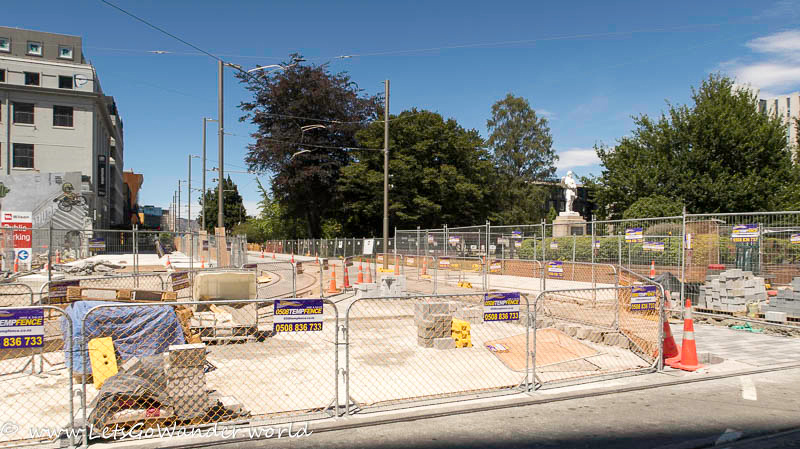 I found myself wondering what the city used to look like, so when we got back to our hotel I looked up Google street view images of the city taken prior to 2011 and comparing them to recent images.  Here are a few of those before and after images, just to give you an idea. 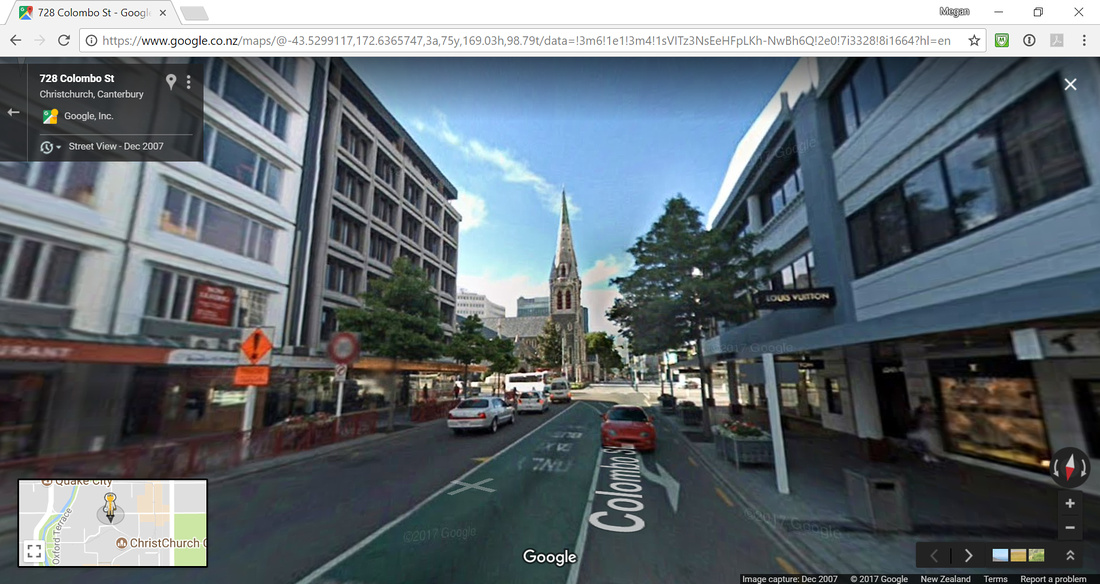 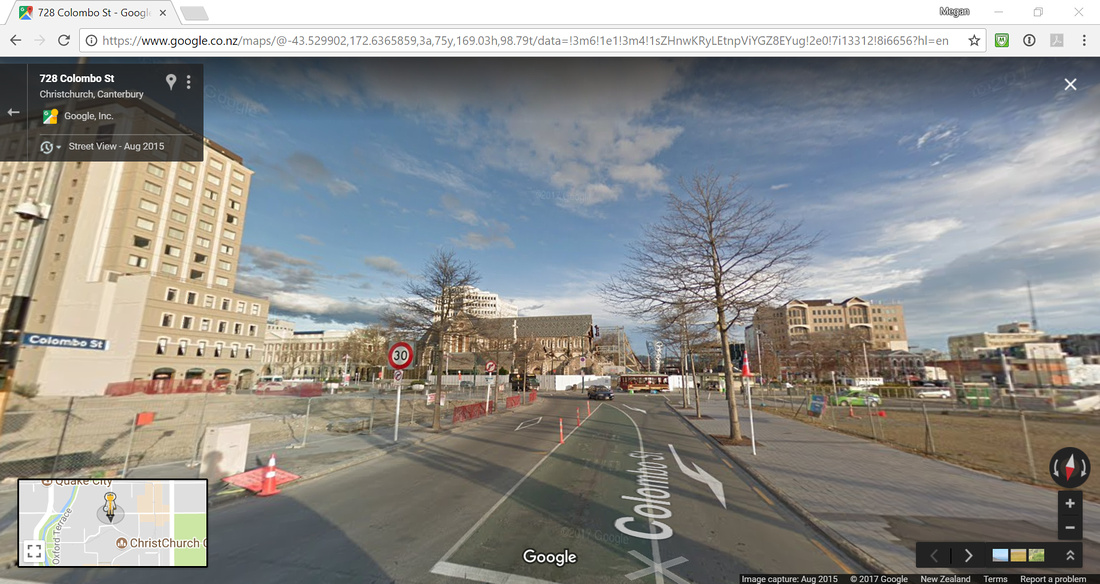 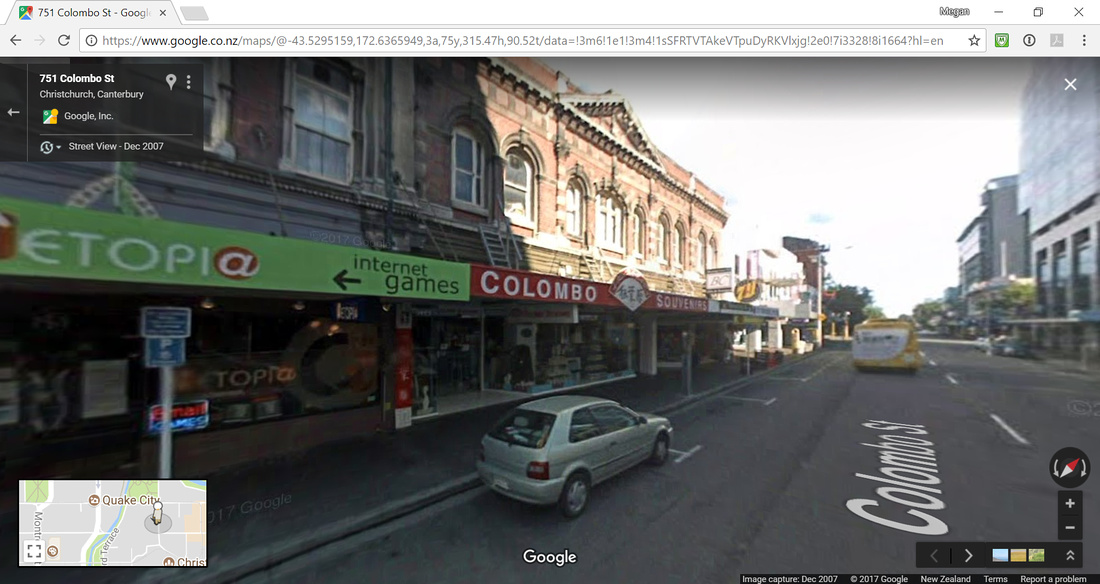 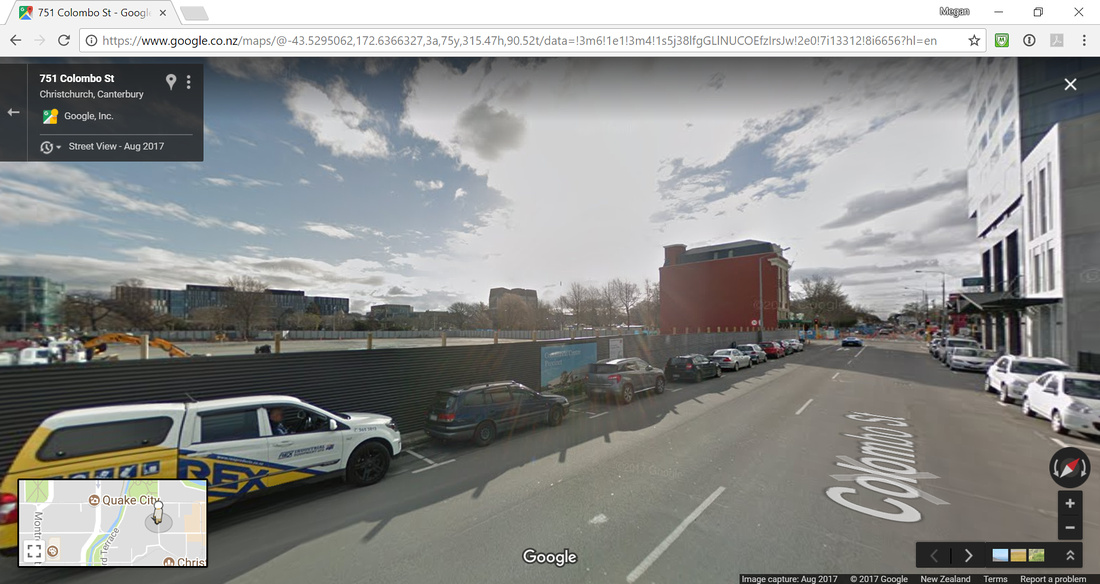 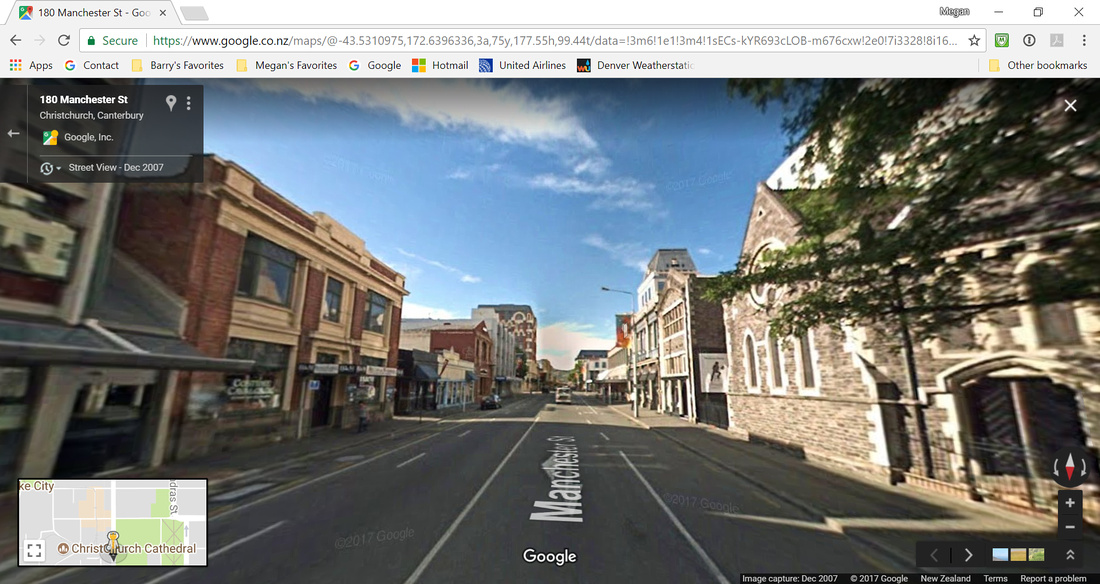 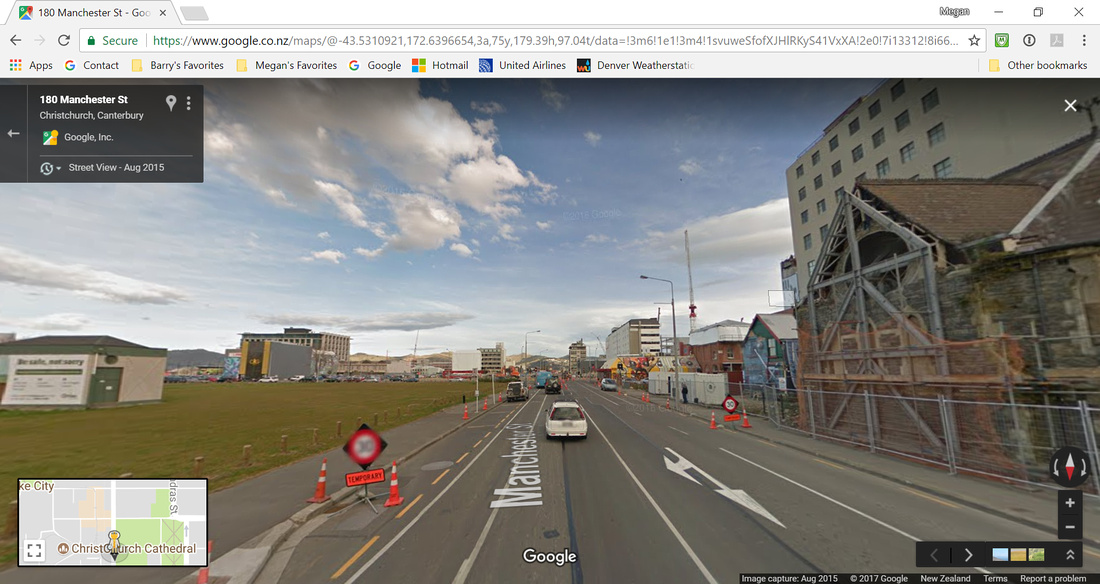 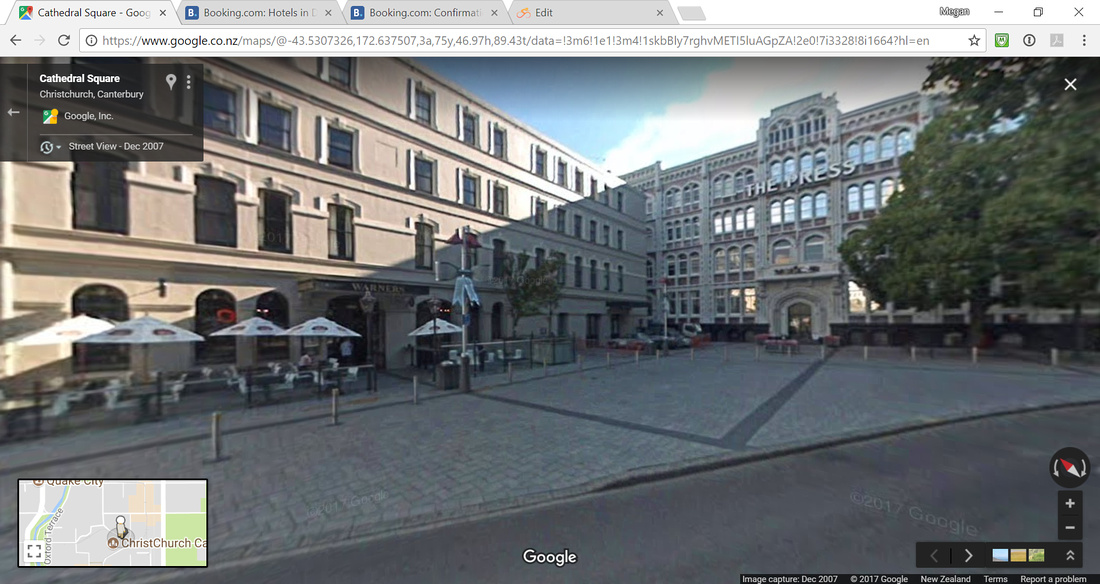 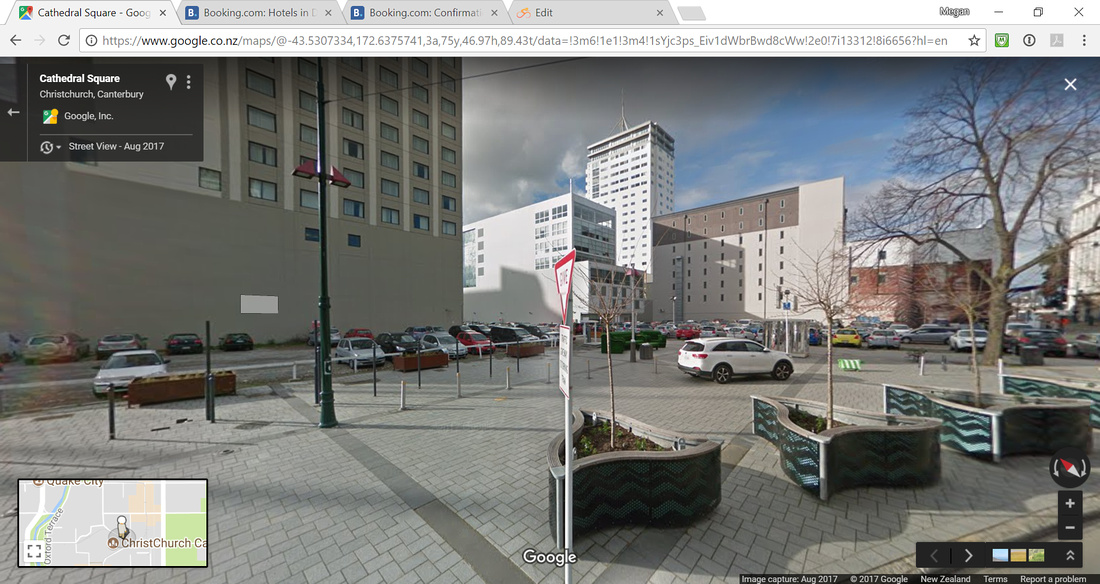 Historical buildings were the hardest hit 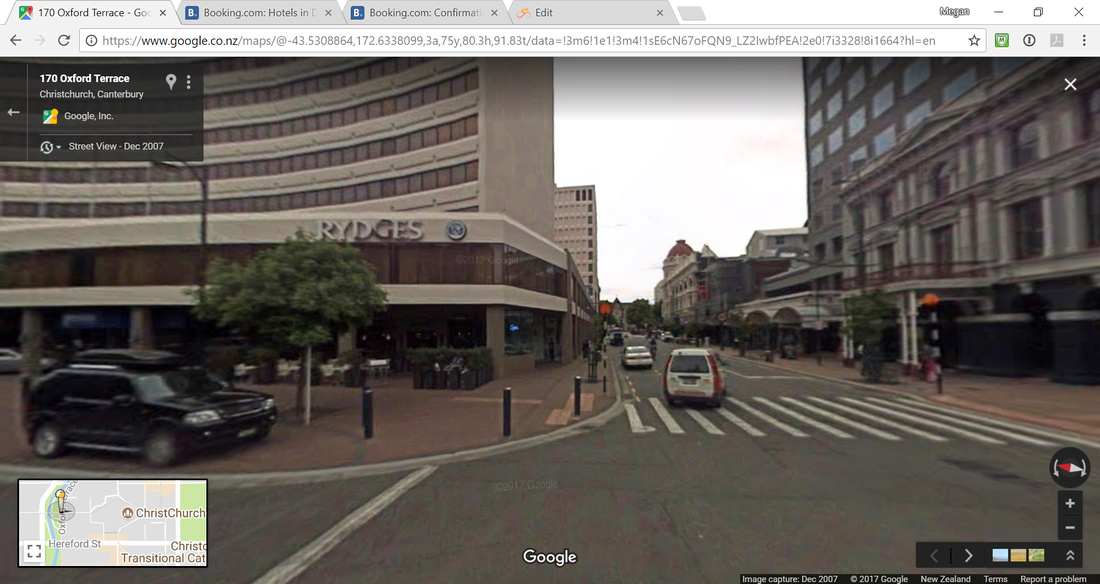 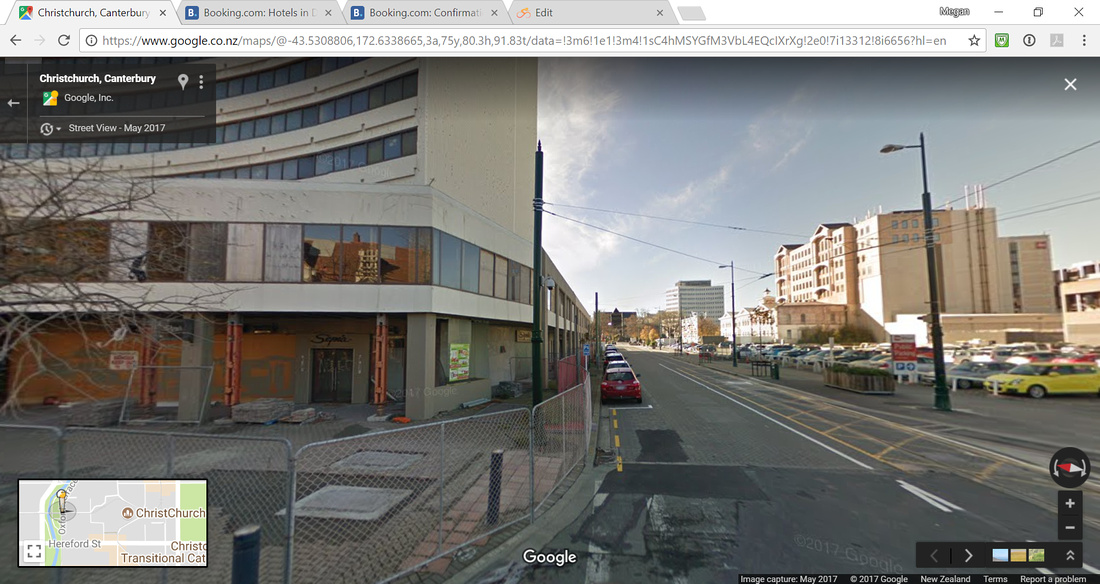 This abandoned building is just waiting to be torn down 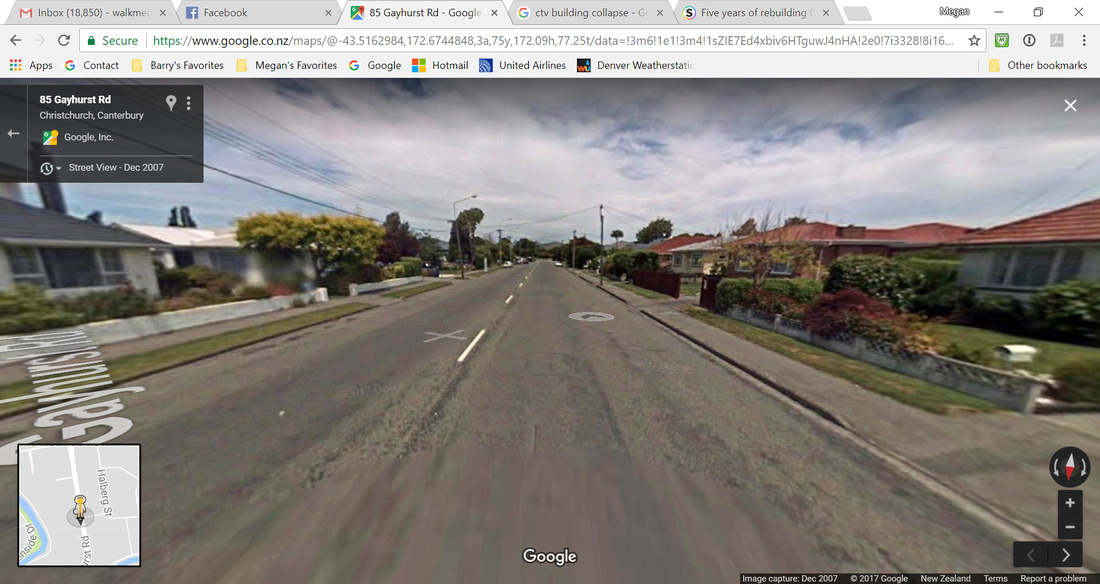 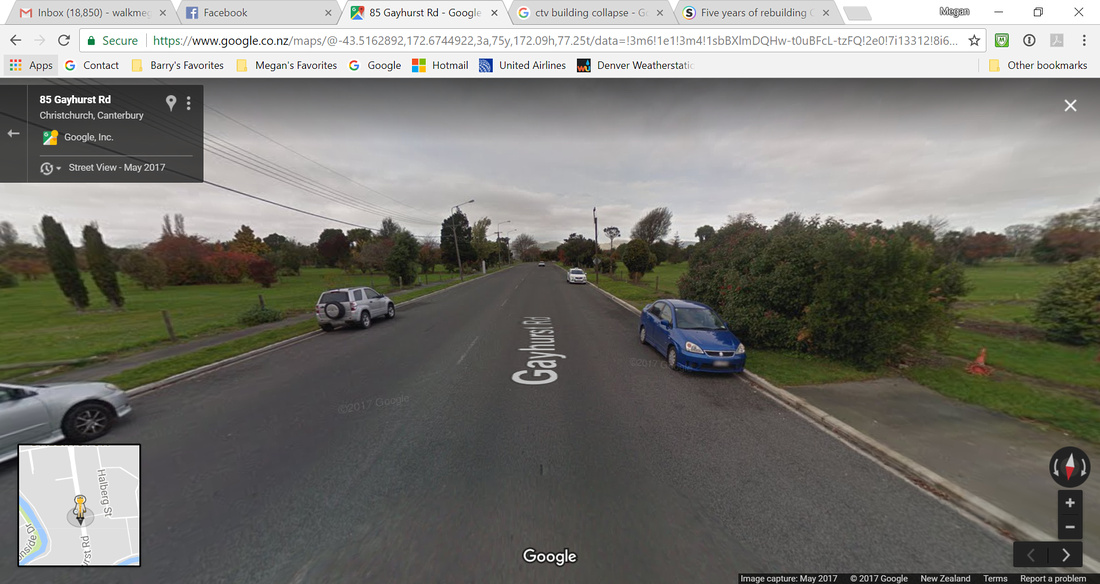 One of the many neighborhoods that were razed after the earthquake. 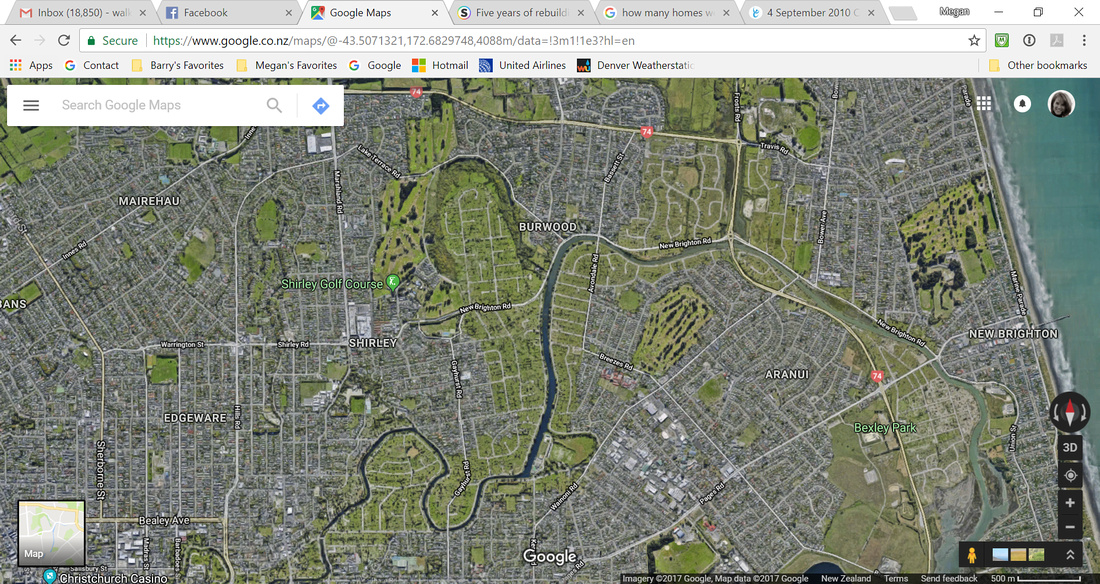 The green areas with the empty streets are neighborhoods that had to be razed due to unstable soils after the earthquakes.