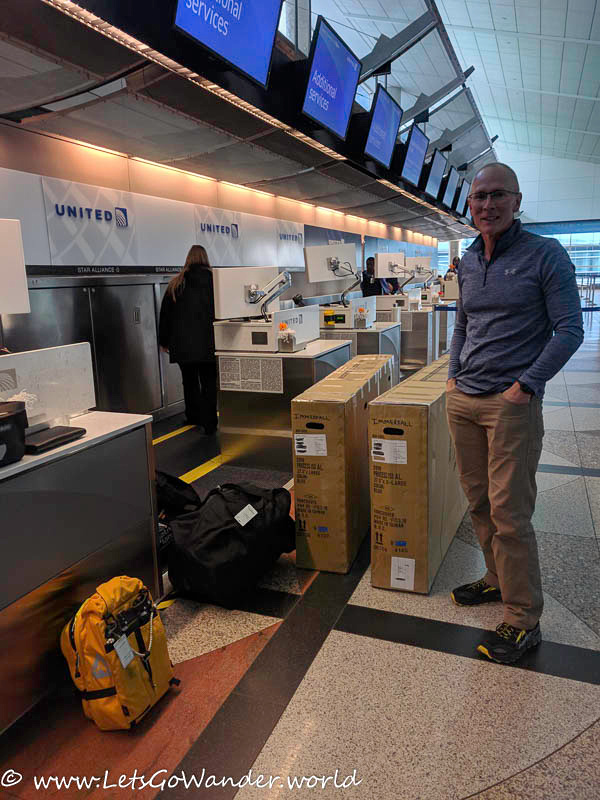 Checking in at DIA

Checking in at Denver International – still lots of stuff but much less than last time.

We started out from the Auckland airport on Saturday morning after spending a day and a half in a hotel putting together the bikes, catching up on some sleep, and getting some supplies at the nearby grocery store.  The previous day had been sunny and warm, so we were looking forward to getting started, but the next morning we woke to gray skies and strong winds.  Oh well, that's the way it goes sometimes. 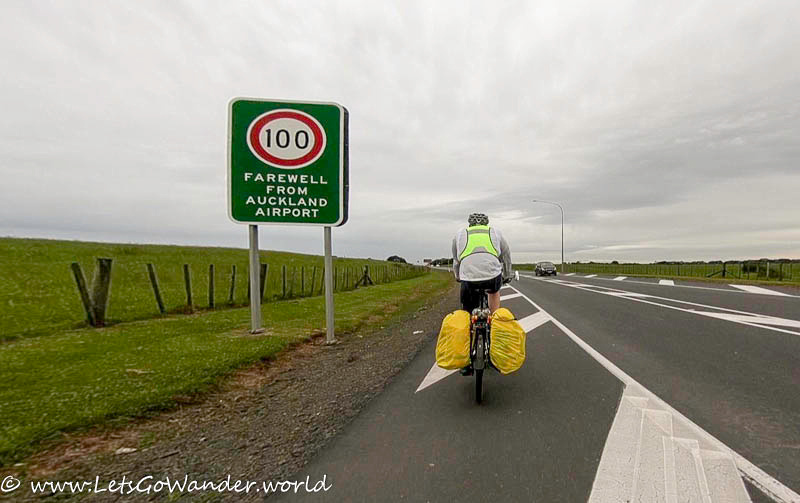 Riding from Auckland airport on a gray windy day

Riding from Auckland airport on a gray windy day

The Auckland airport is located in the southern suburbs of Auckland, and we were headed southwest of the city, so riding from the airport was not too difficult although we ran into some traffic here and there.  We managed to find some roads with bike lanes which made things a bit easier. 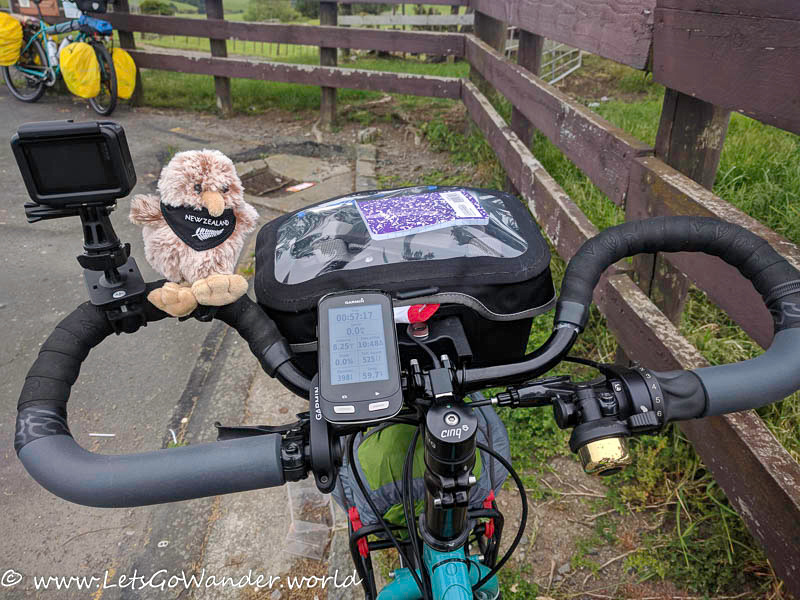 Meet our mascot for the trip - Pee Wee the Kiwi bird

As the day went on, the wind continued to pick up and we had some light rain showers as we approached the coast.  A relatively short (just over a mile) but very steep hill took us over to Orere Point where we planned to spend the first night.  Orere Point is a very small beach community with no accommodations other than a holiday park. 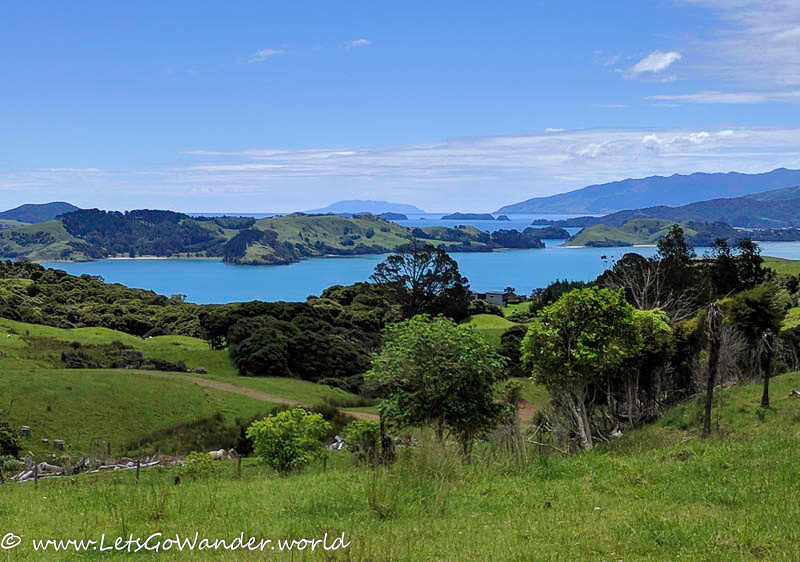 A view of the Coromandel peninsula

View of the Coromandel peninsula after a steep climb

Like we found in Europe, New Zealand has lots of holiday parks which are part RV park, part mobile home park, and part campground.  These parks generally have some permanent or semi-permanent structures parked on spaces which people rent on an annual basis and use as weekend getaway homes, and also have spaces for RV and tent camping.  Many have a few bungalows that that can be rented by the night as well.  All of these parks have bathrooms and hot showers, and many have shared kitchen and laundry facilities. 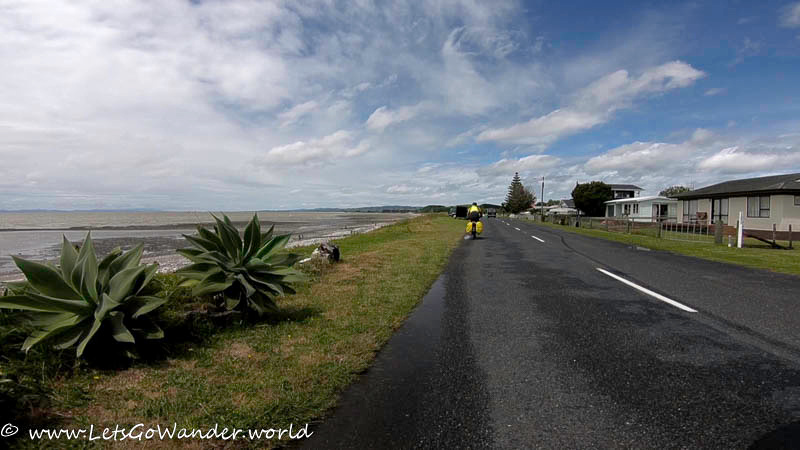 Riding between Orere Point and Thames on a windy day.

I didn’t take many pictures of the windy rainy days, so you’ll just have to trust me.  This is Barry riding along the coastline toward Thames.

Our plan had been to tent camp at Orere Point - that was until we saw that the weather was not going to cooperate.  But, when we asked about renting a bungalow, we were informed that participants of a local judo tournament had taken up all of bungalows.  So, instead we got the opportunity to try out our new tent.  We bought a smaller and much lighter tent for this trip as we recognized it as one of the areas that we could save some weight.  It's a Nemo Dagger tent, and it's super fast and easy to put up and has large vestibules where we can keep all of our gear dry.  So far, it's a big hit. 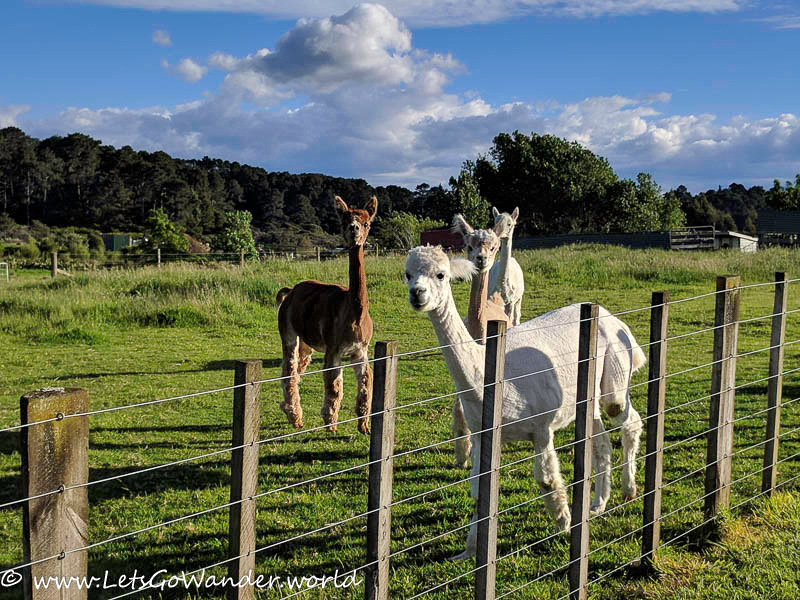 As soon as we got the tent put up, it started to rain steadily and didn't stop until sometime around 2 am.  Then it started again a couple of hours later.  Of course, we know this because we were awake for much of the night.  When we got up the next day, it was the kind of day that I would have considered staying put if a) we hadn't been camping in a tent and b) we didn't have reservations for that evening 40 miles away.  As it was, we figured we might as well get going.  The rain was steady and the wind was gusting.  That day was a long day.  Although we didn't have too much climbing to do that day, the wind made those 40 miles seem endless.  Each mile was a struggle against 20-30 mph winds leaving us utterly exhausted. 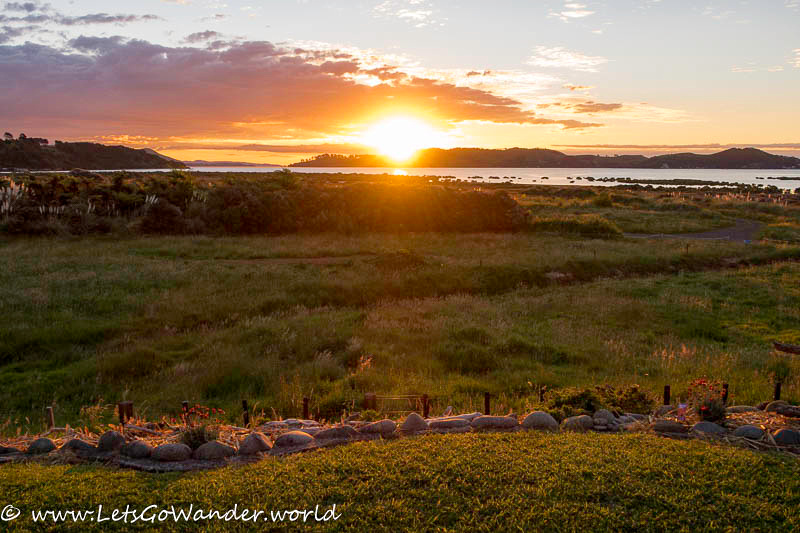 Sea view from our bungalow in Coromandel

Sea view from our bungalow in Coromandel

As we approached Thames, where we were staying for the night, the winds died down and the sun made an appearance.  We stayed at a cute little family run motel close into town which offered everything that we needed - mostly a nice hot shower and a big comfortable bed.  It's amazing the difference that those two things can make to one's outlook. 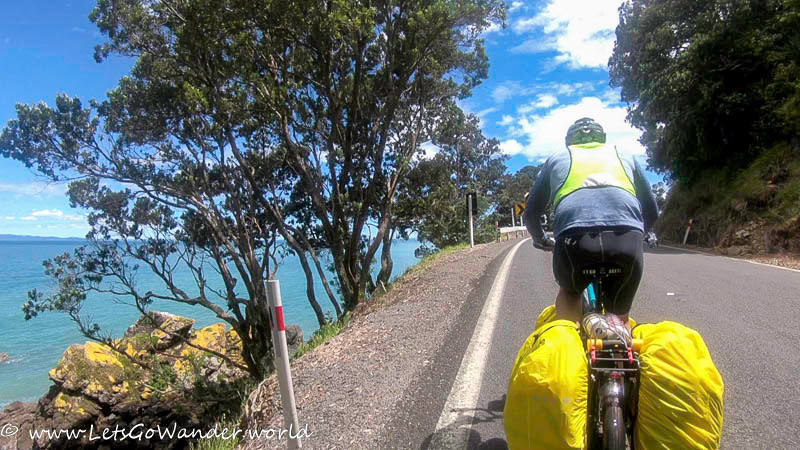 Riding along the Thames coast toward Coromandel

Riding along the Thames coastline toward the Coromandel peninsula

The third day of our tour turned out to be quite different than the first two and raised our spirits considerably.  We had a tail wind as we road along the beautiful coastline toward the Coromandel peninsula.  The weather was warm and sunny, the riding was easy, and the traffic was fairly light.  It's funny, because in our planning, this third day looked like it would be the hardest by far of the first three days of our trip.  Granted, we did have to climb over two steep hills toward the end of the ride which were nothing to sneeze at (3.5 miles at 8-14% grades), but the difference that the weather made (and the wind in particular) was amazing.  We arrived in Coromandel Town in mid afternoon and found our accommodations easily.  We are staying for 2 nights in a bungalow with sea views on a small farm just outside of town.  It's pretty much perfect. 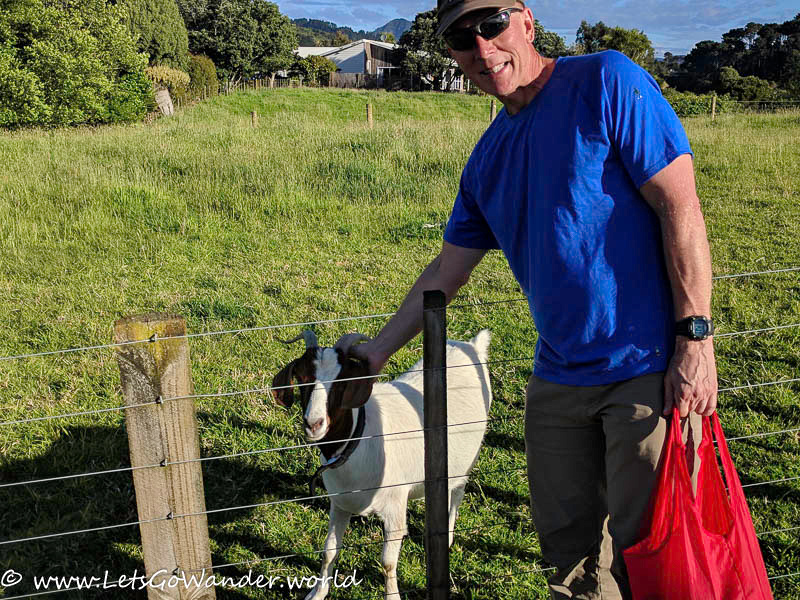 Friendly goat at the farm looking for a snack from Barry

Today, we are enjoying a nice rest day in Coromandel which is a small seaside town with some cute shops and several cafes offering, among other things, fresh fish and chips and steamed mussels.  The weather is again beautiful, this time with almost no wind (which is good because we were wondering if that ever happened in New Zealand!). 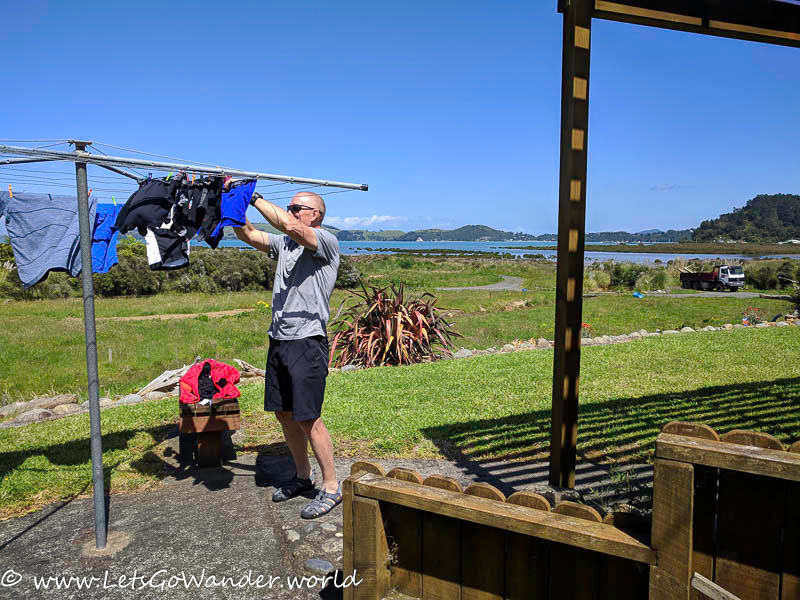 Laundry with a view

Laundry with a view

Just after we arrived yesterday, I managed to break my fancy-dancy titanium bike seat.  Unfortunately, there are no bike shops in Coromandel.  We were considering whether we could rig up the existing seat to last another day's ride into Whitianga or if we needed to take a bus to Whitianga today where there is a bike shop.  While doing laundry on the farm, I noticed an old bike seat in the garage, so I asked the owners if I could buy it off them and they happily just gave it to us.  That sure saves us a whole lot of trouble.

Spectacular sunset on the Coromandel peninsula

Tomorrow we continue on our trip, crossing over to the other side of the Coromandel peninsula.  Wish us luck with the weather!