Hungary: Budapest and Beyond

Budapest was the city that I was most looking forward to visiting on this trip since I had never been there before and Barry had good things to say about it based on the handful of times he had visited for work.  I’m happy to report that I was definitely not disappointed.  Budapest was originally two cities – Buda and Pest – separated by the Danube river.  We stayed on the Pest side of the city, in a nice neighborhood not too far from the city center.  I made a short video of our ride from Bavaria to Budapest – check it out here.

The city is very bike friendly with bike lanes along many streets in the city as well as a bike path running along much of the river front on both sides of the river, so navigating our way into the city wasn’t much of a problem.  On Sunday, we opted to do a walking tour.  There is a group that runs several walking tours of the city – most of which are offered for free.  The tours are guided by locals and the arrangement is that you tip the guides based on what you think is appropriate. 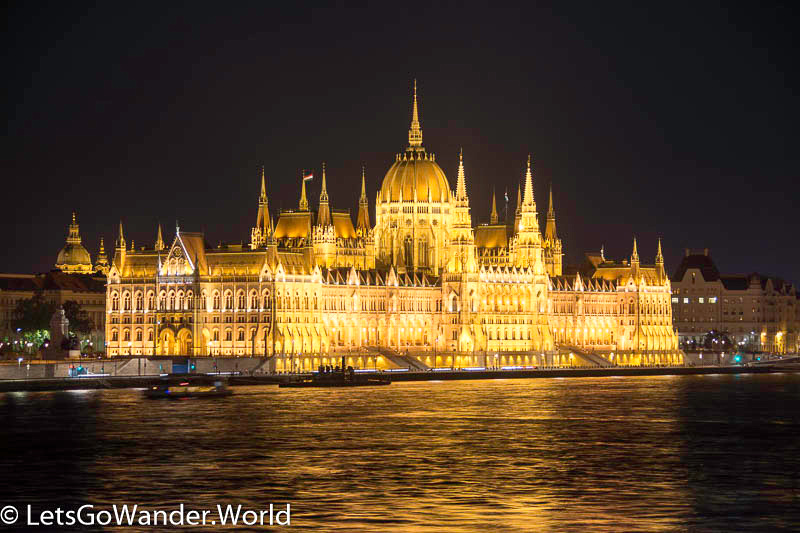 The Parliament House on the Danube lit up at night.

They have a general half day tour which offers a little history, a little architecture, and some sightseeing from the perspective of a local.  They also have more specialized tours – such as the Communism tour and the Jewish District tour.  It was a great way to learn a bit about the city and if we’d had more time I definitely would have opted to try out some of the other tours as well.  While in Budapest, we met up with two of Barry’s former coworkers – Peter and Kris.  They took us to a great restaurant overlooking the Danube for an enjoyable evening.  They also offered up their assistance if we needed it during the rest of our trip. 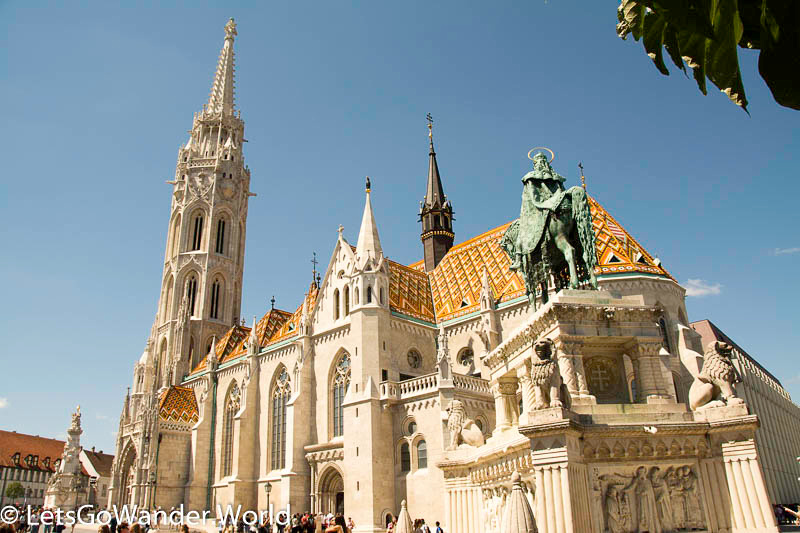 Little did we know that we would take them up on that offer just a couple of days later.  We were pedaling along a grassy path near the Danube when we came along an elderly man sitting next to the path.  He was unable to get up on his own and seemed a bit disoriented.  After talking to him for a few minutes, it was clear that he had dementia of some kind and was not sure where he came from, where he was going or quite how he got there.  Peer contacted emergency services for us to get assistance for him and we waited until they picked him up.  I hope they figured out where he belonged and that he got home safe.

One night in Hungary, we stayed in an old manor house that had been built as a royal hunting lodge in the 1700's and has been converted into a hotel.  There we met another bicycle tourist who had been on a round-the-world tour for a year, and was within a few weeks of his home in Austria.  He had ridden across the United States and across Australia, crossing both the Atlantic and Pacific oceans as a passenger on container ships.  Then, his route took him from Singapore north through Malaysia, Thailand, Myanmar, Bangladesh, India and Nepal and then across the middle east to the Black Sea.  When we asked him how it was to travel through Myanmar, he said that getting a permit to travel there was tricky and finding accommodation was a challenge – he said he frequently stayed at monasteries or just camped.  He was pretty excited about getting back home soon. 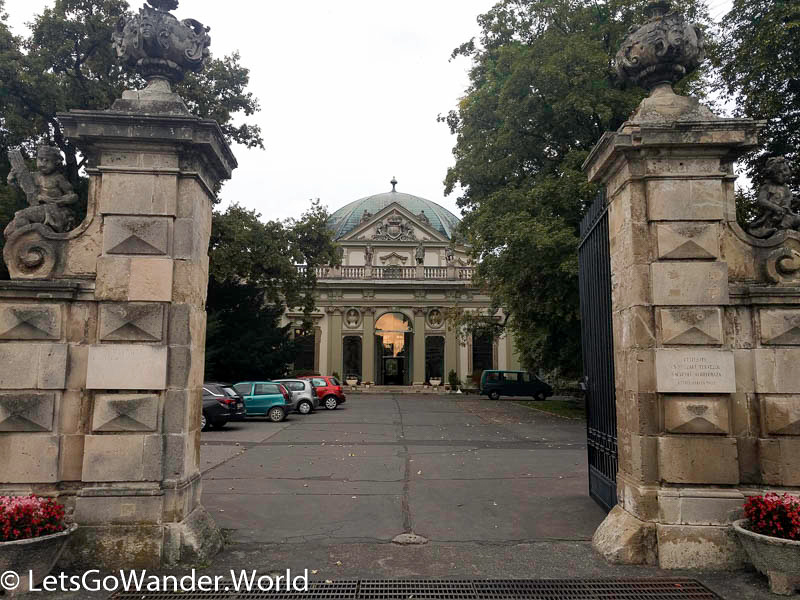 This Royal Hunting Lodge was converted to a hotel.

On another night, we stayed in a guest house on a ranch with goats, sheep, cows, bulls, mules, and horses.  It was a nice change of pace to be out of town and our host even helped us order pizza for delivery!  It was also here that we met up with a group of five Austrian friend bike touring through Hungary and Croatia.  They really got a kick out of Cisco.  We would see them a few times over the next couple of days before they headed off to Croatia and we went on towards Serbia.

In all, we stayed in Hungary for 11 days and enjoyed every minute.  We found the Hungarians to be very open and friendly people.  We especially enjoyed some of the Hungarian foods such as Catfish Stew (something I probably would never order if someone hadn’t recommended it) and Lecsó which is like a Hungarian version of Ratatouille. 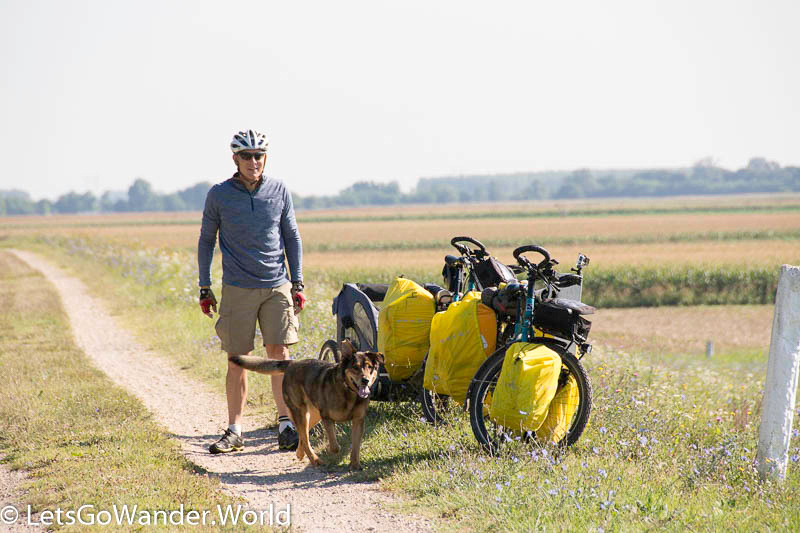 Taking a break on a rural path in Hungary.

The route through Hungary was mixed – at times we were riding on great bike paths, at other times on roads that ranged from busy to deserted and newly paved to not paved at all.  There were a couple of really bad stretches – one was more of a swamp than a road and another had more potholes than flat surfaces.  Our route also took us across the Danube in several places that required us to take a ferry at a cost of about $4 for us and the bikes.  But all in all, not too bad.

Next we are headed into Serbia which is a country that neither of us has been to before – we’re looking forward to it!

Paul Navin(non-registered)
Megan,
Excited to be following you. You're having way too much fun. Love the stories about Cisco. You forgot to tell us there'd be 3 of you on this journey. Great blog describing your rides along with pictures and videos. Will come back often to see how you're progressing. You both have such a go for it attitude. Keep going for it..... ride Megan ride!
No comments posted.
Loading...