Since we arrived in the Loire valley and went for our castle and wine-tasting tour, we have been riding west along the Loire river, then picking up the Saone river and finally the Le Doubs river.  This has taken us through some 400 miles of rolling hills, vineyards, and agricultural land.  The further west we’ve come, the rolling hills have become bigger with more limestone cliffs along the rivers and the architecture has started to look a little more Swiss. 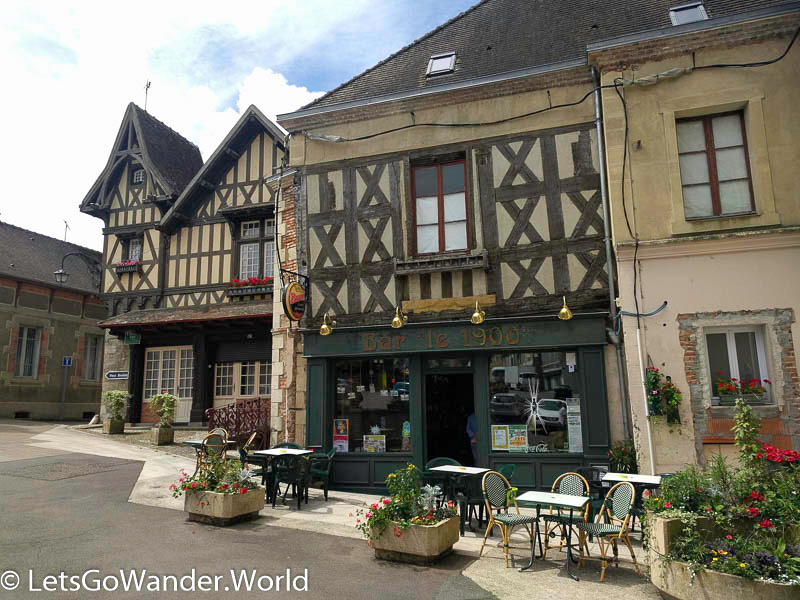 Starting out in Orleans, the lousy weather continued to plague us with misty, cloudy, cool and windy days.  As a result of the rain, we elected to rent alternate accommodations at the campgrounds like mobile homes, bungalows or basic chalets.  These are actually a good alternative to tent camping as they have beds, basic kitchens and often private bathrooms for a better price than a hotel room.  There were many times when we watched and/or listened to the rain pour down outside, happy to not be in a tent.  These options were not available in northern France, but are pretty common in this area. 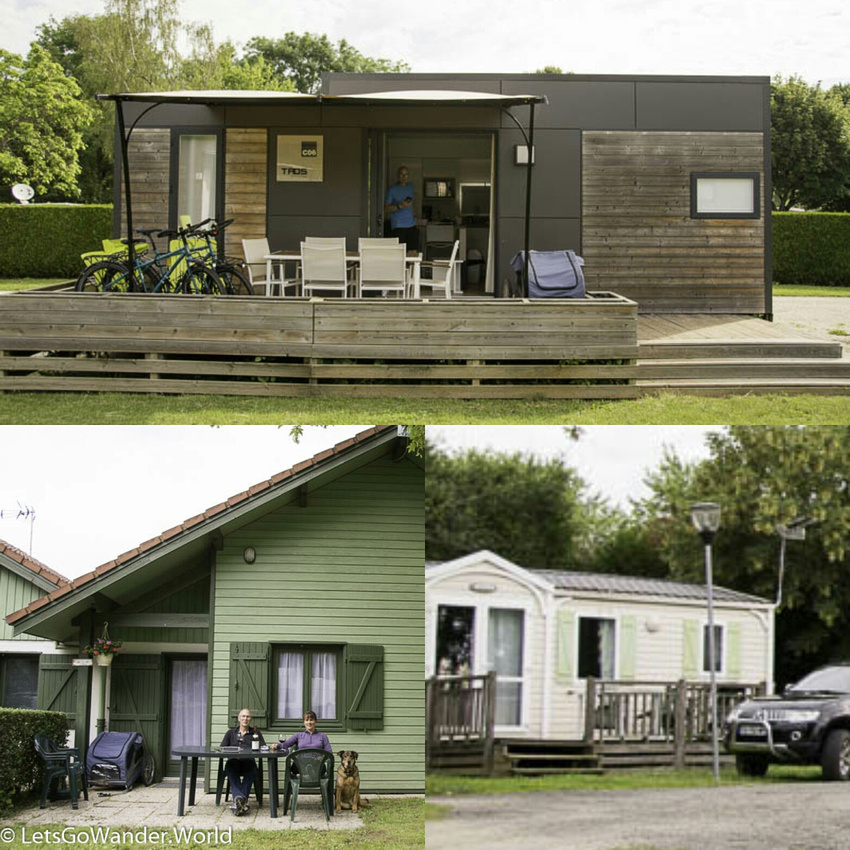 Riding along this section has been very enjoyable – primarily on bike paths along canals and rivers.  I hadn’t realized before how many canals there are in France.  It appears that one common vacation activity for Europeans is to rent a boat to navigate around the country using this system of canals.  There are also a lot of people who have taken old barges and renovated them into house boats which are parked along the canals.

In the town of Pouilly-sur-Loire, we took a rest day and went on a wine tour with a local expert.  She took us to see some of the local vineyards, discussed the types of grapes grown in the region, explained the growing practices, and drove us to a few different winemakers.  At one, we took a tour of their facility where they make, age and bottle the wine, which was small but impressive nonetheless.  We also tasted several of the wines, including some directly from the oak barrels where the wine is aging in their cave/cellar.  This region, as well as the neighboring region Sancerre, is best known for its Sauvignon Blanc, of which I happen to be a big fan! 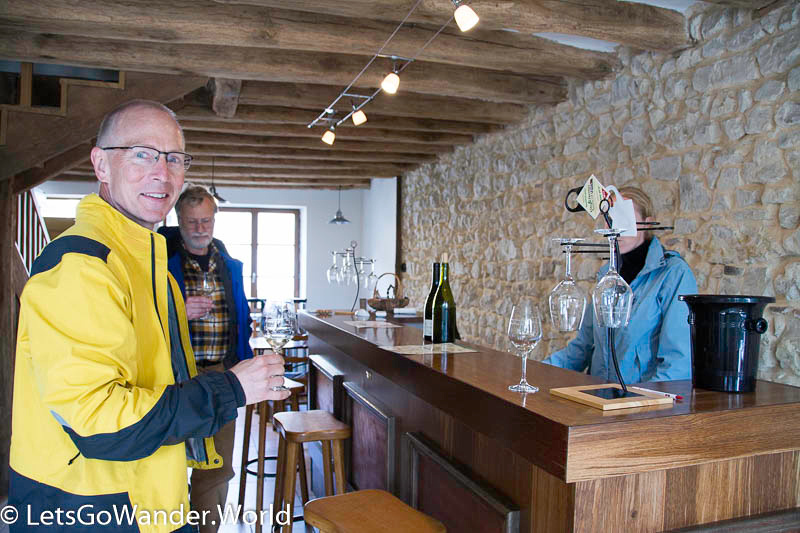 Around June 20th, the weather finally started to change for the better.  I can’t even explain how big of a deal this was!  For a whole month, we had woken up to overcast, foggy skies and I was beginning to think that was just how it would be.  Suddenly, we were waking up to sun and blue skies!  It makes the riding (and everything else) a whole lot more enjoyable for sure. 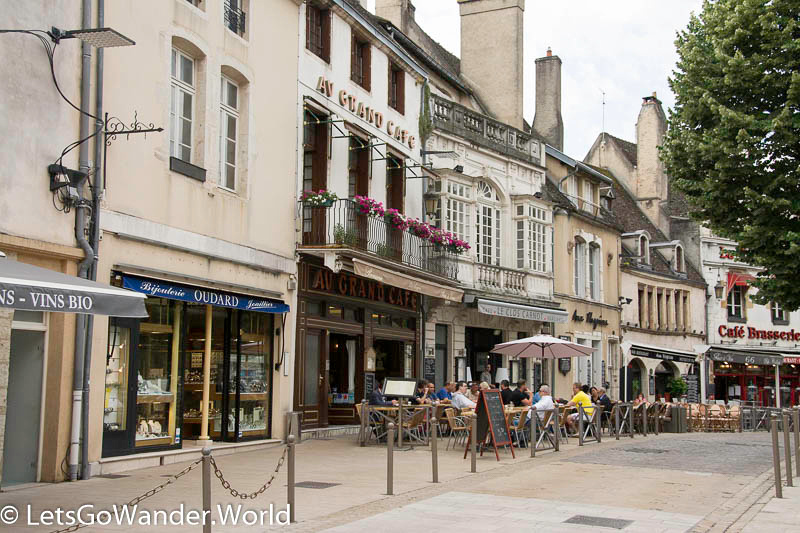 On one rest day, we took a short train ride into the town of Beaune which is considered the wine capital of the Burgundy region.  The center of the city is the old walled city with cobblestone streets and cafes and wine stores everywhere.  We sampled some excellent traditional burgundy dishes here like Coq au Vin, Beef Burgundy, Poached Eggs in Burgundy sauce, and Escargot.  Yum! 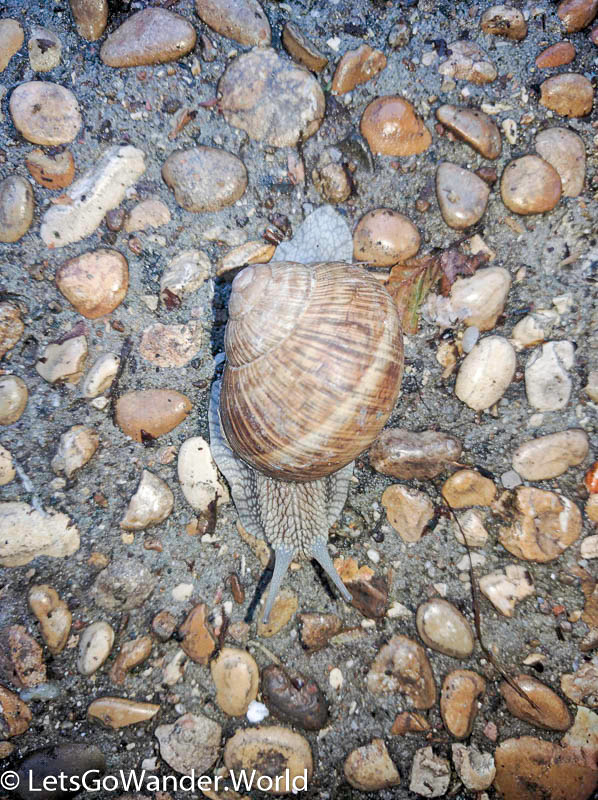 A couple of days ago, we rode through a city called Besancon.  This ancient city was built on the inside of a horseshoe shaped bend in the Le Doubs river.  The area has large hills with granite cliffs and an ancient citadel was built on the very top of the hill inside the horseshoe.  For ease of navigation, a tunnel was dug underneath the citadel which allows for both boat traffic and pedestrian and bicycle traffic.  We were quite happy to see that we wouldn’t have to ride over the hill, but could just cut through the tunnel to the other side.  The following day (which was a rest day), we took the bus back to Besancon to tour the citadel.  There is an extensive museum there about WWII, the Nazi occupation, and the French Resistance.  There is also (oddly) a small zoo and obviously some great views of the city and the river. 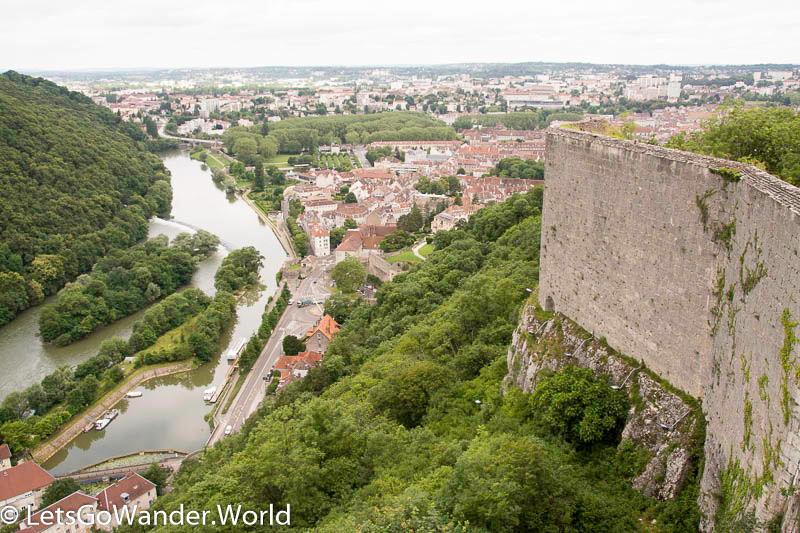 View from the citadel in Besancon.

Our time in France is coming to a close.  On Sunday, we enter into Switzerland and then we will criss-cross the Swiss/German border for several days.  France is the country that we spend the most time in during our bike tour – after this, we will move more quickly from one country to the next.  In some ways, this will be interesting but it will also mean an adjustment in each country.  A new language, new grocery stores, new road signs, new foods, new customs.  Stay tuned!

Michael McLaughlin(non-registered)
Nice photos Megan!
Bev rost(non-registered)
Your adventure is getting more adventurous every few miles. I love the picture of the three of you supposedly sitting by a table sampling another wine.....Barry looks pretty good in his picture, too......Happy trails! Bev
No comments posted.
Loading...