A week ago tomorrow we started out on our bikes and since then we have ridden across western Belgium and entered into France.  To start with, we are going with 3 days of riding followed by 1 rest day.  At some point we will increase this a bit, but for these initial weeks we are still getting our bike legs.  We spent the last rest day in Namur, Belgium which was a charming city of wandering streets lined with old stone buildings at the confluence of the Sambre and Meuse rivers.  Like many towns, it has an old citadel situated high up on a hill overlooking the town. 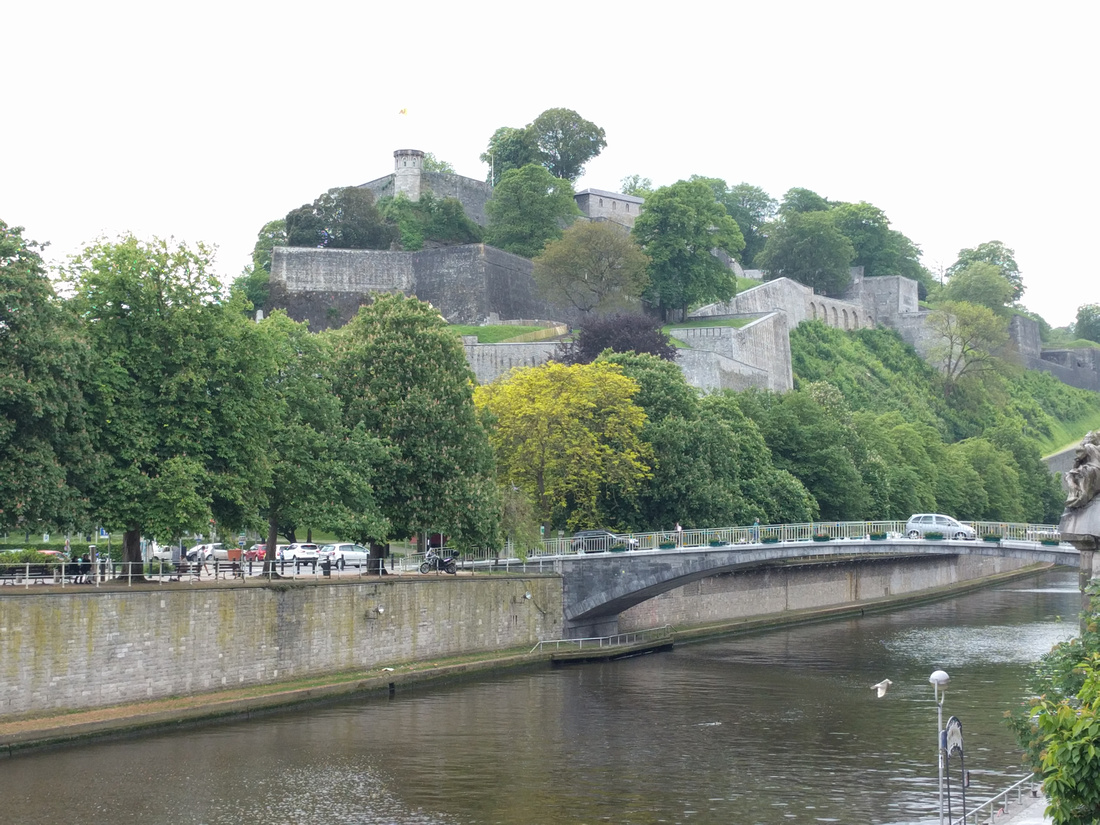 The next stop was a campground outside of Charleroi, Belgium.  The route from Namur to Charleroi was primarily along the Sambre river, partly through an industrial area and partly through a beautiful rural area.  This campground was quieter than the last, with only the sounds of birds and cows to wake us up.

After we setup camp, I made a quick trip to the local Carrefour market to pick up some items for dinner and then we settled in to watch the pilot episode of Breaking Bad. 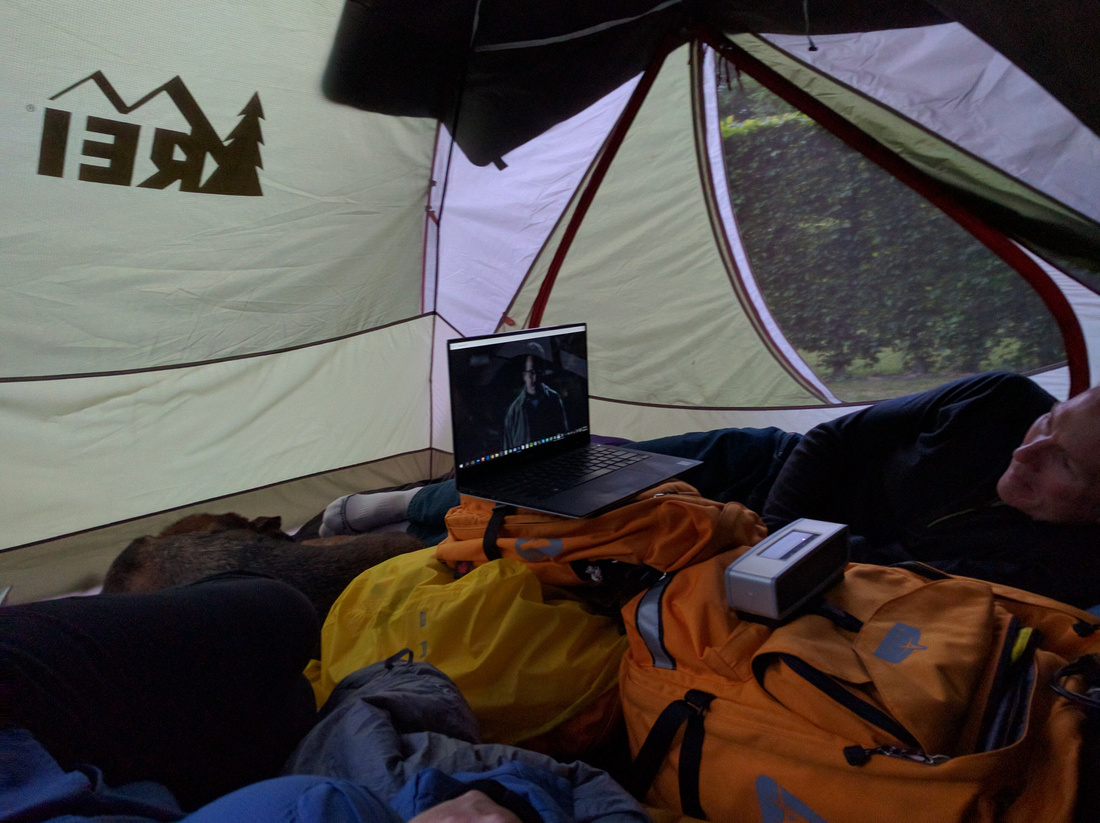 Settling in to watch Breaking Bad

We ran into a couple from Australia who were on a six week bike tour of France – we saw them on the path and then they later pulled into the same campground.  They had elected to purchase bicycles in Germany when they arrived rather than bring bikes on an airline.  They were traveling very light and packed up to leave very early in the morning, but we caught up with them only a mile or so from the campground where they seemed to be spending a lot of time looking for the next boulangerie.

The next day, the route continued along the Sambre river and we passed into France on our way to Maubeuge.  There were several quaint towns along the way before arriving at our hotel.  Like Charleroi, Maubeuge is a fairly industrial city without much to recommend it.  We walked around the city center quite a bit and found a good pastry shop though J.  The next day, we packed up and started on to Fourmies.  The route quickly turned to a narrow path of crushed rock which we followed for about 25 miles through rural forests and pasture land.  The path went from a nice hard packed dirt surface to a single track trail to a muddy mess and back again.  It certainly made for slow going. 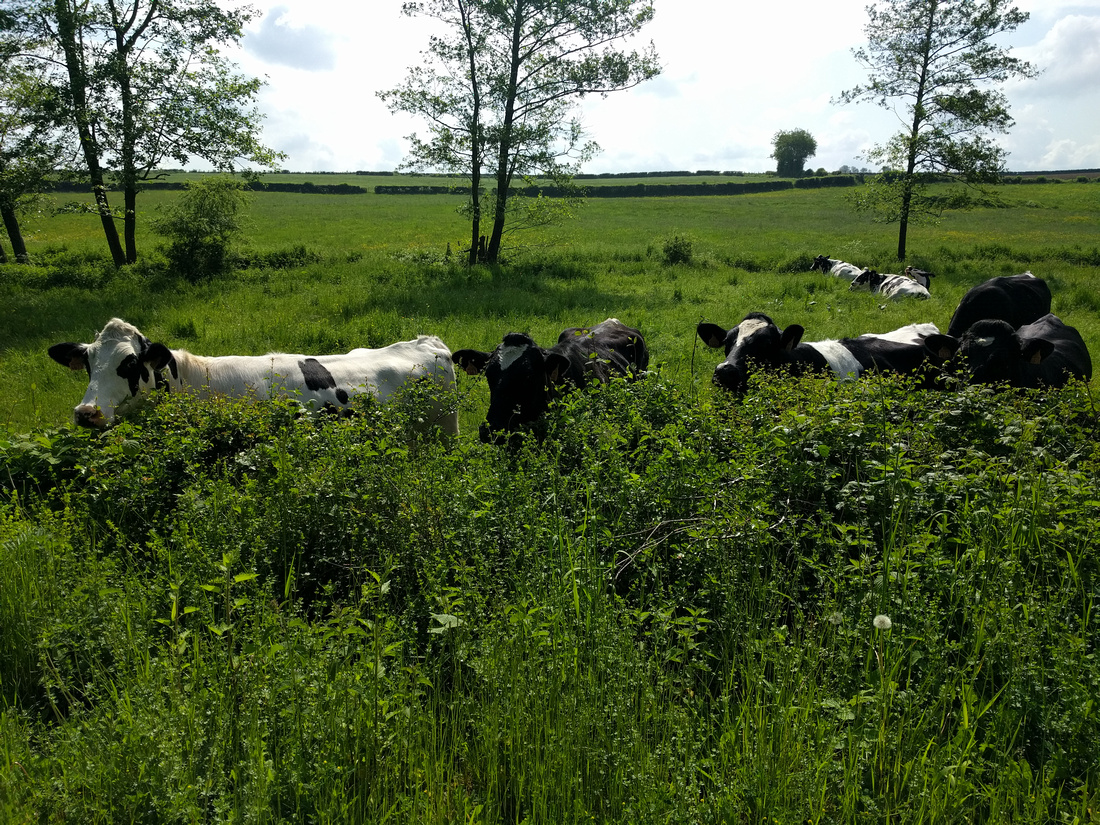 Then, when we stopped for lunch, I realized that my phone had fallen out of my pack somewhere along the line.  Luckily, we were able to trace its location with Barry’s phone.  Barry volunteered to ride back to get it which added a 7 mile round trip to his mileage for the day.  I solemnly promised not to lose my phone again.

About 30 minutes before getting to our destination for the next 2 nights, the skies opened up and it started pouring on us.  Also around this time, our GPS units stopped giving us any logical directions, instructing us to turn down a forest path that looked like it hadn’t been used in years.  After a wrong turn or two, we finally made it to our hotel for the evening which is located just outside of town near a forested area and 3 small recreational lakes.  Fortunately, there was a very nice restaurant next door where we had a delicious dinner – terrine to start with, chicken in cream sauce for Barry, trout almondine for me, and crème caramel for dessert all accompanied by a carafe of Cotes du Rhone.  It was a great way to finish off a very challenging day.

Cathy Mosier(non-registered)
Love the updates and photos Megan! I'd be holding tight to my phone from now on too. Sounds like the adventure is keeping true to its name.
Michael Kriz(non-registered)
Megan and Barry,
It sounds like the adventure is truly that. A little bit of challenge and a lot of amazing fun. What is your dog's name again? How is he handling the trek? Does he run with you, or are you carrying him?

The dinner sounded incredible. When I went to France, I couldn't get enough of the food. You both are working hard enough so as not to worry about what you eat I would guess.

I loved the cow picture. As I said before, I am really enjoying your adventure. Please keep posting both pictures and descriptions.
Michael
Linda(non-registered)
Love to see all the pictures and read about all that you are doing.
Dad(non-registered)
If it were me I think 1 day riding and 3 days rest! What a great adventure!!
No comments posted.
Loading...